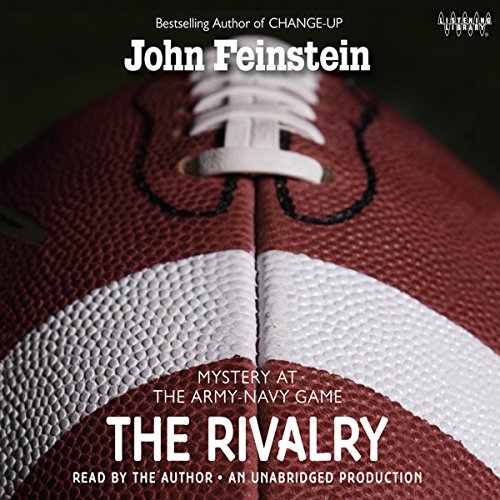 The Rivalry: Mystery at the Army-Navy Game

The Black Knights of Army and the Midshipmen of Navy have met on the football field since 1890, and it’s a rivalry like no other, filled with tradition.

Teen sports reporters Stevie and Susan Carol have been busy at West Point and Annapolis, getting to know the players and coaches - and the Secret Service agents. Since the president will be attending the game, security will be tighter than tight. Weeks and months have been spent on training and planning and reporting to get them all to this moment. But when game day arrives, the refs aren’t the only ones crying foul...

John Feinstein has been praised as “the best writer of sports books in America today” (The Boston Globe), and he proves it again in this fast-paced novel.

What listeners say about The Rivalry: Mystery at the Army-Navy Game

My son and I have listened to all of John Feinstein's juvenile fiction books and I loved the history behind this one.