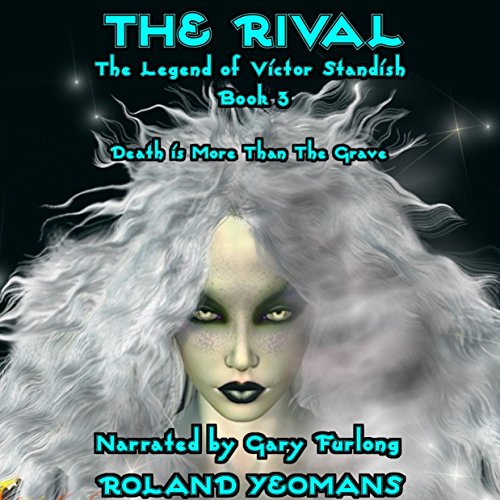 By: Roland Yeomans
Narrated by: Gary Furlong
Try for $0.00

Alice Wentworth, the Victorian ghoul of his heart, raises an eyebrow. "Sometimes that is entirely too much."

Discover Victor's childhood crucible of zombies and betrayal in Detroit that forged him into the legend he is. Watch Alice and Victor go to the New Orleans of 1834 to save the Crescent City of the present.

The challenges are unique:

Keeping the younger version of his adopted father, Samuel McCord from meeting the eerie Empress of the Jade Mask to prevent Victor's never being born. To keep the young Edgar Allan Poe from sweeping Alice off her feet and into the poet's arms.

The undead Abigail Adams, the revenant Empress Theodora, the all too alive President Andrew Jackson, and the voodoo demigods of Legba and Erzulie provide near-impossible odds.

You won't soon forget this stand-alone chapter in the ongoing Legend of Victor Standish.

What listeners say about The Rival