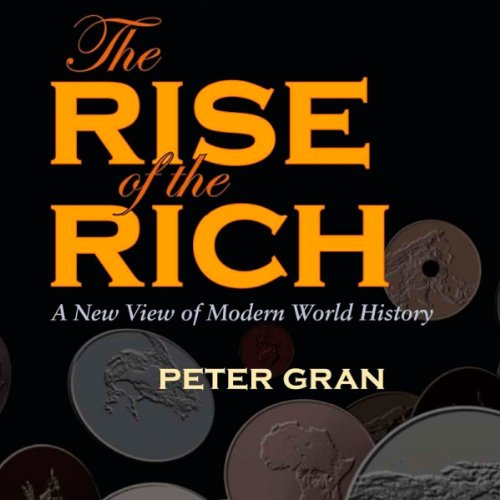 The Rise of the Rich

By: Peter Gran
Narrated by: John Skinner
Try for $0.00

"The rise of the West" has long been the accepted doctrine for framing analyses of world history. Privileging a Eurocentric approach, this traditional paradigm obscures the significance of the indigenous rich in non-Western regions and fails to recognize the contributions of the Orient. In this book, Peter Gran seeks to reframe current historical debates, presenting a model of analysis based on the rise of the rich. Gran outlines the structure of this new paradigm, building upon metanarrative concepts from Marxism to liberalism.

Rather than a history of clashing civilizations, he identifies a history of resolving conflicts through negotiations among the wealthy classes of various regions. Fundamental to his theory is evidence demonstrating the existence of non-European ruling classes with power in interregional affairs. Far-reaching in its historical scope, Gran's work lays the foundation for a critical rethinking of world history and offers a vital contribution to the field.

What listeners say about The Rise of the Rich