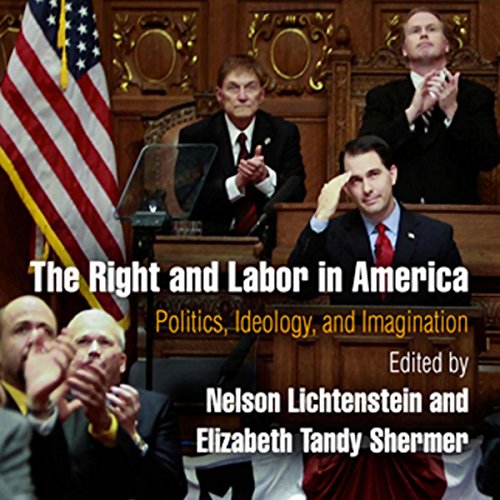 The Right and Labor in America: Politics, Ideology, and Imagination

The legislative attack on public sector unionism that gave rise to the uproar in Wisconsin and other union strongholds in 2011 was not just a reaction to the contemporary economic difficulties faced by the government. Rather, it was the result of a longstanding political and ideological hostility to the very idea of trade unionism put forward by a conservative movement whose roots go as far back as the Haymarket Riot of 1886. The controversy in Madison and other state capitals reveals that labor's status and power has always been at the core of American conservatism, today as well as a century ago.

The Right and Labor in America explores the multifaceted history and range of conservative hostility toward unionism to help explain why, in much of the popular imagination, union leaders are always "bosses" and trade union organizers are nothing short of "thugs". The contributors to this volume explore conservative thought about unions, in particular the ideological impulses, rhetorical strategies, and political efforts that conservatives have deployed to challenge unions as a force in US economic and political life over the century. Among the many contemporary books on American parties, personalities, and elections that try to explain why political disputes are so divisive, this collection of original and innovative essays is essential.

What listeners say about The Right and Labor in America: Politics, Ideology, and Imagination

I think the author wrote this to use as many big words as possible. Lots of heretofores.