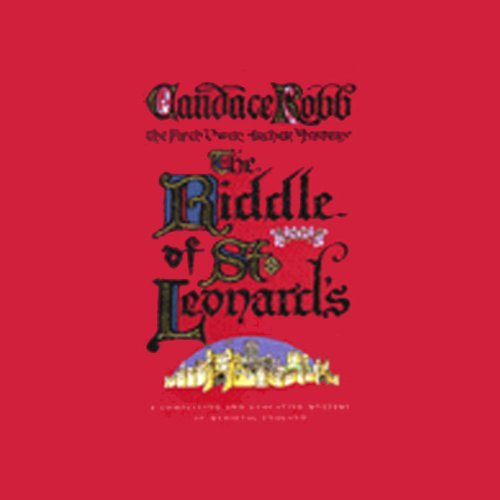 The Riddle of St Leonards'

By: Candace Robb
Narrated by: Stephen Thorne
Try for $0.00

The year is 1367, and the people of York are suffering. Not only has the harvest failed, but the plague has returned. In the midst of this, scandal threatens St Leonard's Hospital, which is struggling to stay solvent and has suffered thefts. The deaths of several of its aged residents seems timely, for their care has long exceeded the sums they bequeathed. Rumours start to fly that their deaths were no accident. . . . Owen Archer, already fully occupied helping his wife Lucie, the city's apothecary, deal with the plague, is forced to investigate.

What listeners say about The Riddle of St Leonards'

The Riddle of St.Leonards'

Once again, another good story from Candace Robb's Owen Archer books. I enjoyed it very much and Stephen Thorne is a good narrator.

Murder in the time of plague

If you’re hoping for a break from Coronavirus, this may not be your best choice although it has some suggestions for staying healthy which are no worse than I’ve seen on Facebook. Otherwise it’s a good murder mystery.