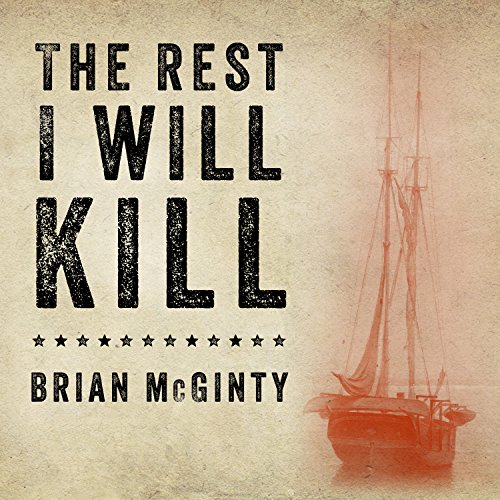 The Rest I Will Kill

William Tillman and the Unforgettable Story of How a Free Black Man Refused to Become a Slave
By: Brian McGinty
Narrated by: Sean Crisden
Length: 4 hrs and 19 mins
Categories: History, American
4.5 out of 5 stars 4.7 (3 ratings)

The Rest I Will Kill

On July 4, 1861, the schooner S. J. Waring set sail from New York on a routine voyage to South America. Seventeen days later it limped back into New York's harbor with the ship's black cook and steward at the helm. While the story of that ill-fated voyage is one of the most harrowing tales of captivity and survival on the high seas, it has been tragically lost to history.

Now reclaiming William Tillman as the American hero he deserves to be, historian Brian McGinty takes listeners on a courageous journey that recounts how a free black man was able to recapture his commandeered ship from Confederate privateers, defy their efforts to make him a slave, and become an unlikely glimmer of hope for a disheartened Union army in the war-battered North. The Rest I Will Kill emerges as a thrilling yet historically significant work about race, patriotism, and personal heroism during the Civil War.