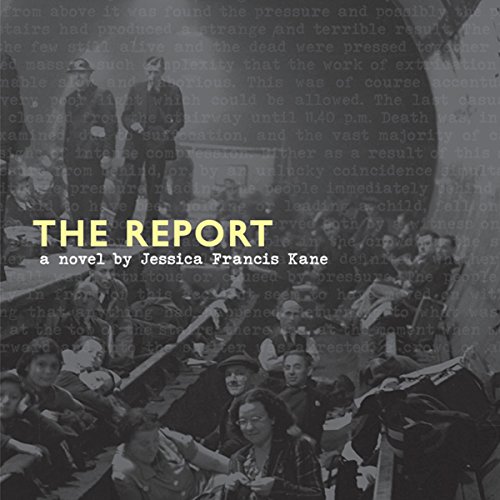 By: Jessica Francis Kane
Narrated by: Graeme Malcom
Try for $0.00

A stunning first novel that is an evocative reimagining of a World War II civilian disaster. Jessica Francis Kane paints a vivid portrait of London at war.

On a March night in 1943, on the steps of a London Tube station, 173 people die in a crowd seeking shelter from what seemed to be another air raid. When the devastated neighborhood demands an inquiry, the job falls to magistrate Laurence Dunne. As Dunne investigates, he finds the truth to be precarious, even damaging. When he is forced to reflect on his report several decades later, he must consider whether the course he chose was the right one.

The Report is a provocative, beautifully crafted novel and a commentary on the way all tragedies are remembered and endured.

What listeners say about The Report

Historical fiction, focusing on a tragedy in the East End of London during WWII. The author wisely concentrated the story on how the people living in the area were affected by an accident at a bomb shelter that left over 170 people crushed to death. A very poignant story. I didn't love the narrator, but he did bring gravitas to the story.

One of the best narrators I've found.

Excellent, complex, beautifully written story about the Bethnal Green bomb shelter disaster of 1943, focusing less on the event itself than on the lives of people involved in it..