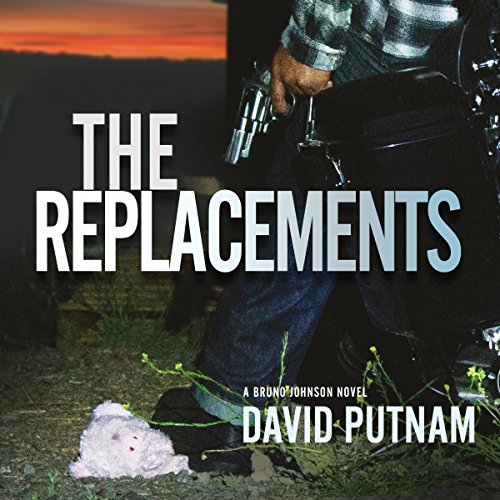 By: David Putnam
Narrated by: Clay Teunis
Try for $0.00

Bruno Johnson, ex-detective with Los Angeles County Sheriff's Department and an ex-convict, is hiding out from the FBI in Costa Rica, tending bar to support eight children he illegally rescued from abusive homes. Partway through a normal day, Barbara Wicks, a former colleague and the chief of police for Montclair, California, walks into his bar. Bruno is shocked to the core. Is she there to arrest him and take him back to California? Turns out she's there to request Bruno's help. Two children have been kidnapped.

The kidnapper, Jonas Mabry, was himself a victim whom Bruno rescued as a small child. Now Mabry demands a fool's retribution, a million-dollar ransom, and Bruno to put his life on the line to get the money. In this twisted turn of fate, Bruno returns as a wanted criminal to California. Despite the risk of arrest and even his life, he cannot turn his back on these kids. And neither can Bruno's girlfriend, Marie.

What listeners say about The Replacements

This is book two of the Bruno Johnson Series. Bruno went back to the United States to help a friend, the Chief of Police of Montclair. Someone was kidnapping children and said only Bruno could stop him.

The book is well written. The plot is complicated and twists and turns. The characters are interesting. The suspense builds throughout the story. The book is hard to put down. There are some flashbacks to when Bruno was a Los Angeles County Sheriff Detective. It is nice to learn something of his time as a police officer. I am looking forward to the next book in the series.

The book is eight hours and forty-two minutes. Clay Tenuis does a good job narrating the book. This is my first experience listening to Tenuis narrate.