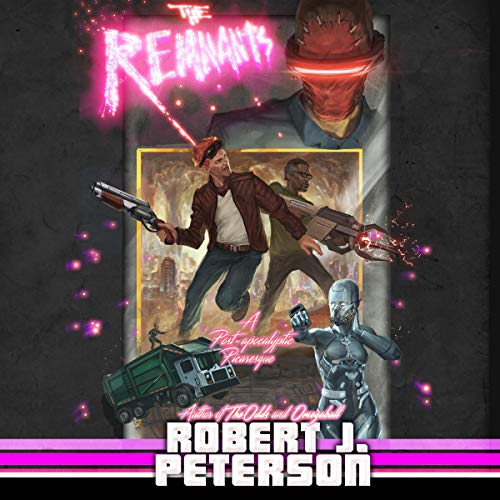 The apocalypse happened, but no one knows how. All that’s left are a smattering of bizarro cities called remnants, each ruled by a grotesque potentate known as an Odd. If you wind up in hock to the Odds, they ship you to a chain-gang that stretches thousands of miles across desert, steppe, and tundra.

A good-hearted drifter named Eldridge is a longtime member of the Chain. Known as the “Red Rook” because of his triumph in the Xiang Tournament of 2603 - a battle royale of live-action battle chess - Eldridge nevertheless wound up on the Chain because...well, he’s always getting in trouble trying to help his friends.

But when El’s best buddy Boris joins the Chain, he brings word that the Odds have declared war on their friends, each of them being held captive by a different Odd in a different remnant.

Eldridge and Boris escape the Chain, kicking off a breakneck tour of a psychedelic post-apocalyptic landscape that includes a wild race along a subterranean river of mud; a visit to remnant that’s like a massive ant colony; and a final showdown in a skyscraper-turned-temple that’s toppled along a river of lava.

What listeners say about The Remnants