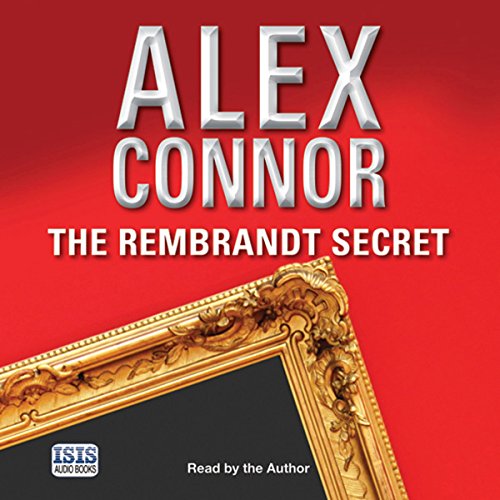 Marshall Ziegler's father runs a gallery in London, which Marshall has always ignored. But when his father is beaten to a pulp, disembowelled and left to die, Marshall suddenly needs to know every last detail of his life. He discovers that his father knew a dark secret at the heart of Rembrandt's life, one that has the potential to bring down one of the world's most lucrative industries. But a sadistic murderer is on the case, killing in increasingly brutal ways to keep it hidden. Will Marshall beat the killer to the truth? Who can he trust? Will he stay alive long enough to reveal the greatest secret never told?

What listeners say about The Rembrandt Secret

I bought this book to tide me over until my next credit became available. Knowing nothing about this author, I was delighted to discover what a wonderful writer she is (and a great narrator, too). In Rembrandt's Secret she masterfully weaves art history with current day intrigue. There were no weaknesses in storytelling that I could discern. It took me right to the end before I was able to unravel the mystery. As good a mystery thriller as Stig Larsen's books. Maybe better.

Not a bad story line, poor Narration though

The story line was not bad, but the narration was very poor. She tried to change back and forth with voices based on characters, this was painful at times. That being said quite an interesting underlying story. I would not however recommend this book

Has The Rembrandt Secret put you off other books in this genre?

It certainly hasn't inspiredmeto want to read any more.

I thought she read the book well.

What character would you cut from The Rembrandt Secret?

There wasn't much I liked with this book. The violence and deaths, bad language, secrecy even till the end, all things I dislike. I don't like leaving books unfinished so I ploughed on through, a little at a time but though it was gripping, it wasn't enjoyable for me.

perhalps, I found it a bit of a plod to get through, the plot was good but for me Itendedto daydream and have to replay to get the thread

Was The Rembrandt Secret worth the listening time?

probably I don't regret listening but it did not excite me

The narration on this book totally ruined it for me. The intonation, stressing the wrong words, terrible characterisation totally distracted me from the book itself.
Was initially amazed to learn that the narrator was the author, then reasoned that if it were anyone else, the producer would have been honest about how awful it was.

Would have been 4 starts but for the frankly awful narration.

Ms Connor - stick to writing and fork out for a proper narrator next time please.