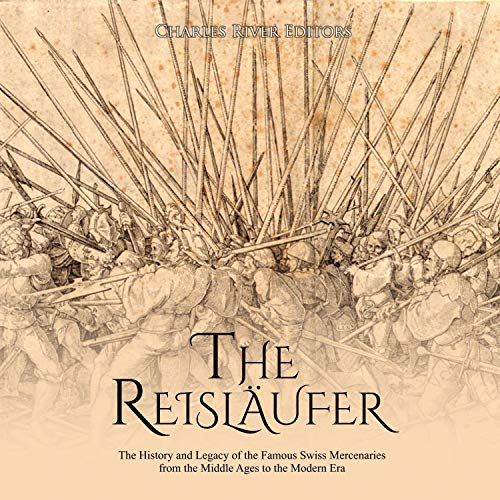 The Middle Ages witnessed almost constant warfare in Europe, so mercenaries were a constant on the battlefield, but the 15th century also saw the rise of mercenary usage by the increasingly wealthy aristocracy. At the time, England and France existed in smaller versions than in the modern age, while the Spanish had unified into a few large kingdoms and were slowly pushing the Moors off the Iberian Peninsula. Norway and Hungary were larger than they are now, but otherwise, most of Europe was a patchwork quilt of small, constantly warring states. This was especially true in Germany and Italy, where innumerable city-states and little fiefdoms struggled to gain more territory and defend themselves against their neighbors.

Switzerland, ringed by the Alps, was divided into numerous small statelets called cantons, with some in the valleys and some further up in the mountains. There was a great deal of local infighting like elsewhere in Europe, but by the Late Middle Ages, unification seemed possible for a few reasons. Most notably, the Swiss felt threatened by larger outside states such as the Holy Roman Empire, France, and Milan, which were poised to take advantage of Swiss division and relative weakness to invade. The Holy Roman Empire was an especially great threat because it had some political claim over the Swiss cantons, although the Swiss had always enjoyed a great deal of independence from Hapsburg rule. Furthermore, some important trade routes ran through the region, and all the cantons would benefit if these routes were kept open and secure.

In 1291, three cantons around Lake Lucerne - Schwyz, Uri, and Unterwalden - formed the so-called “Everlasting League” to counter outside aggression. This became the nucleus of what would develop into the Swiss Confederacy and, eventually, the nation of Switzerland. Gradually, more and more cantons would join, ending their constant, low-level infighting and making the land more secure for trade. By the beginning of the 16th century, the Swiss Confederacy was comprised of 13 cantons, and this voluntary unification, without threats or conquest, was remarkable for the time. It was helped by the fact that the Swiss had a roughly similar culture, and that the region, with its ring of protective mountains, made the advantages of unification against a hostile outer world obvious to all.

Few powers dared try to enter Swiss territory, and they generally met with disaster when they did, but ironically, this led to a new problem. The Swiss villages had always been prone to fighting and raiding one another, maintaining a constant low-level warfare that made the Swiss good fighters, and hotheaded young men wanted a chance to fight. At the same time, other areas, especially Italy, saw a growing need for mercenaries.

Constantly trying to take land from their neighbors, Italian city-states were hampered by the fact that most of their men were busy tilling fields, engaging in trade and crafts, or building the cities and monuments that would become the wonders of the Renaissance. Moreover, the cutthroat politics of the city-states were such that rulers could not trust their own officers, who might murder them and take over their positions, something that happened on numerous occasions.

The obvious solution was to hire mercenary armies, units of foreign men who had no connections or loyalty to any of the local factions and who would fight for money. The Swiss were perfectly poised to fill this need, given that they were geographically close, and many already spoke Italian. They were also well-trained, thanks to a well-organized system of local and canton militias.

What listeners say about The Reisläufer