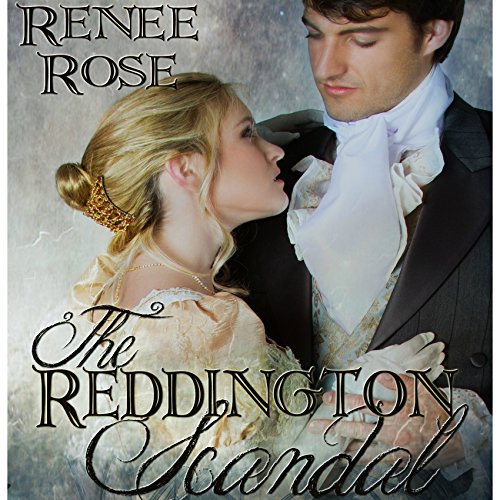 By: Renee Rose
Narrated by: Elliott Daniels
Try for $0.00

When Phoebe's brother-in-law catches the notorious rake Lord Fenton in his home late at night, half-dressed and obviously attempting escape, he flies into a rage, threatening to kill both his wife and Lord Fenton. In a desperate measure to avert bloodshed, Phoebe claims she is Lord Fenton's lover, thereby forcing him to take her as his wife to avoid a scandal.

Knowing full well a philanderer like Teddy Fenton could never remain faithful, Phoebe insists upon separate bedrooms, resolving to resist his charm rather than fall in love and face the pain of his inevitable infidelity. Her handsome husband respects her request for a marriage in name only, but his marital dominance manifests itself in other ways. She soon learns that while he will not force her to his bed, Teddy is more than willing to take her over his knee and spank her bare bottom when her behavior warrants it.

Doubting his ability to stay faithful and not wishing to replicate his parents' miserable existence, Teddy had never intended to take a wife, until he was forced to marry the lovely Phoebe Fletcher and everything changed. Suddenly other women hold no allure for him, and he wants nothing more than to win the affection of his new bride. But just when it seems he might succeed, secrets from her past threaten to destroy their chance at happiness. Can this couple come to love one another as befits a man and wife, or will their marriage end in scandal after all?

What listeners say about The Reddington Scandal

Where does The Reddington Scandal rank among all the audiobooks you’ve listened to so far?

I have listened to all the Westerfield trilogy on audiobook. Reddington Scandal is not my favourite of the series but I enjoyed it immensely.

What other book might you compare The Reddington Scandal to and why?

As part of the Westerfield Trilogy, it can happily be compared to The Westerfield Affair and The Darlington Incident being set at the same time and featuring many of the same characters.

I enjoyed the scene at the very beginning where Phoebe steps in to save Teddy.

When Teddy recognising that Phoebe is scared of sex, manages to very sweetly seduce her in a way that gains her confidence.

This is a lovely, sweet, romantic story about a couple who are thrown together by circumstances but develop a wonderfully, touching relationship with one another.

This is a fantastic story, it is well written and well told. I enjoyed her writing style. Elliott Daniels is awesome narrator. Highly recommend listening to this audiobook.

Narrator sounded like he was in slow motion and old with respiratory problems. Story was mediocre lessened by narrator. Not worth the money.

If you like sexy DON'T buy this narrated version

The story is pretty good but the narration is horrendous, I unfortunately bought two of Renees books with narration, thank god I can read the written version to cleanse my mind. It was like listening to, ahh there are no words. Don't waste your money.