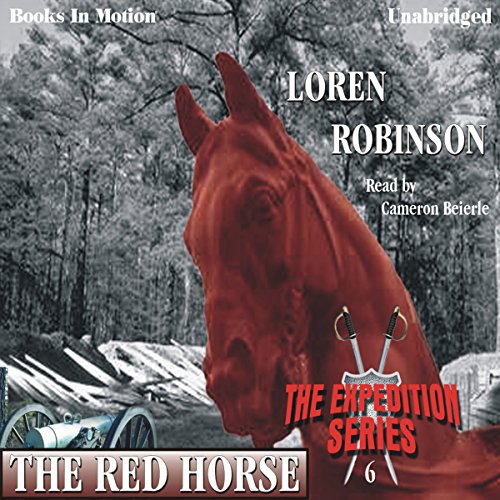 At the end of the Civil War, Jim Parker goes back to the Indians to prepare them for the future that only he knows. As an astronaut lost in a time warp in 2008, he has befriended Major Mark Barkley of the War Department, who calls on Jim for special projects. At different times, Jim is met by a rider on a huge red horse, who claims to fulfill Biblical prophesy. Jim thinks the rider is an insane preacher, but when he shows up in the middle of Custer's battle at the Little Big Horn, he begins to wonder.

Jim is joined by a former slave and a displaced Indian boy on his way to a Texas ranch where he becomes involved with a cattle drive to Dodge City. At the ranch he meets again Brian Harmon who also is a former astronaut whose mission was to go back in time to find Parker. Once he did, he decided to stay in that time period. Jim's nemesis is outlaw Mat Grover who wants revenge for Parker's involvement in the death of Mac's partner. On the Lewis and Clark expedition, Jim became acquainted with Sacagawea. Her early death on the Missouri was disputed by the Cheyenne, so Jim goes to the Wind River Reservation in search of truth.