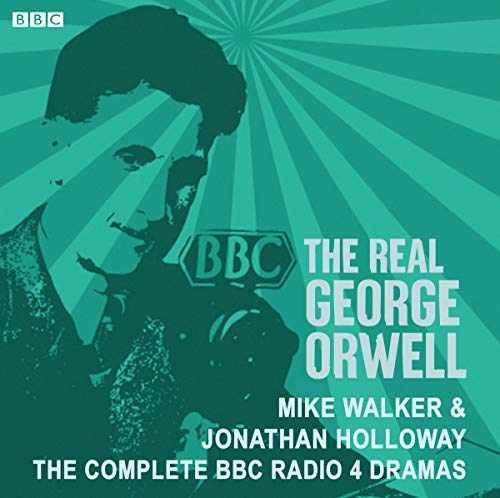 A series of four BBC Radio full-cast dramas exploring the disjuncture between the man who was Eric Blair and the writer who was George Orwell.

George Orwell - the pen name of Eric Blair - was a writer and political commentator who is very hard to pin down. He is a complex mass of confusions - an antiestablishment, pro-English, ex-Etonian, ex-policeman and socialist who was ardently antiauthoritarian. He was as antifascist as he was anticommunist, a former Spanish Civil War soldier who was antiwar but pro the Second World War.

Burma: After an undistinguished academic career at Eton, Eric leaves in December 1921. When the girl he hopes to marry rejects him, he sets sail for Burma to join the colonial police. His experiences in Burma will affect him profoundly. When he rejects the Empire and returns to England, Blair begins to spend more and more time with the poor.

Dreaming: In September 1938, Eric and Eileen Blair leave London for Marrakech. He is hoping that the climate will be good for his health and that he will be able to complete his novel, Coming Up for Air. But the bruising reception he received following the publication of Homage to Catalonia is troubling Eric. And both Eric and Eileen are still feeling guilty about the fate of one of their Spanish Civil War comrades, Georges Kopp.

Loving: Eric Blair's relationship with the opposite sex could be a distraught one; over the course of his lifetime, he made several awkward marriage proposals to different women. But his relationship with Eileen O'Shaugnessy, whom he married in 1935, had a huge influence both on his life and his writing.

Jura: In 1947, the year after Eileen's death, Eric leaves London and moves to Jura in the Scottish Hebrides, with his sister Avril and his three-year-old son. He is suffering from tuberculosis but is determined to try to make a go of living off the land. But most of all he is determined to finish Nineteen Eighty-Four, his final book.

What listeners say about The Real George Orwell