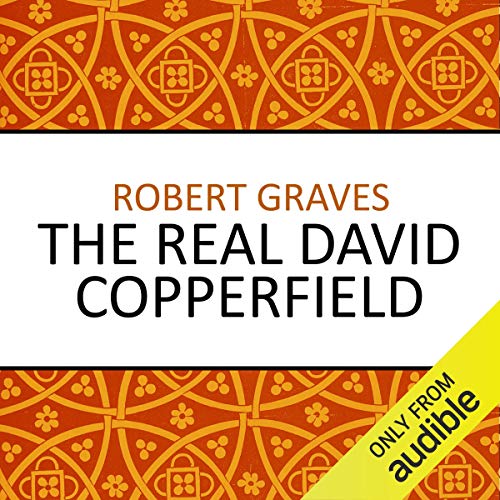 By: Robert Graves
Narrated by: Steven Kynman
Free with a 30-day trial

For Robert Graves, the writing of Charles Dickens was full of inherent difficulties. From its very repetitiveness to its extreme length, he doubted whether readers could ever fully enjoy the riches of even his most famous works. Seeking to bring Dickens back to the general reader and rekindle the excitement with which his books were originally received, Graves here presents his own retelling of one of Dickens' great masterpieces. The result is the essence of the original - the situations, characters, inimitable dialogue - sharpened into modern focus with careful pruning, trimming and abridging.

Robert von Ranke Graves (24 July 1895 - 7 December 1985) was an English poet and novelist, scholar, translator and writer of antiquity, specialising in Classical Greece and Rome. During his long life he produced more than 140 works. Graves's translations and innovative analysis and interpretations of the Greek myths, the memoir of his early life, Good-Bye To All That, and his speculative study of poetic inspiration, The White Goddess, have never been out of print. Graves earned his living by writing popular historical novels, including I, Claudius (for which he was awarded the James Tait Black Memorial Prize), King Jesus, The Golden Fleece and Count Belisarius. He was elected Professor of Poetry at Oxford in 1961 and made an honorary fellow of St John’s College, Oxford, in 1971.

What listeners say about The Real David Copperfield

My mistake, but still not too good

I was not careful when I ordered this book, so I had a mistaken idea about it. I assumed it would be a work by Robert Graves discussing David Copperfield in some way. I love Dickens, and especially David Copperfield, which I have read a couple of times, and I have listened to the audio version narrated by Simon Vance twice. So,when I realized that this was Robert Graves's "improved" version of the novel itself, I was pretty skeptical. I listened to the first couple of chapters, and it "fixed" all of the errors Graves believes Dickens is guilty of - repetitious, prolix prose, obscurities, lack of clear direction, etc. But it also sucked the life out of the story. It is like reading a straightforward version of Hamlet without all of those bothersome soliloquies. Perhaps it is a "better" telling of the facts of the story, but that is not why we read Shakespeare. Same with Dickens - the language and style are an organic thing which cannot be dissected, unless you don't like Dickens to begin with.