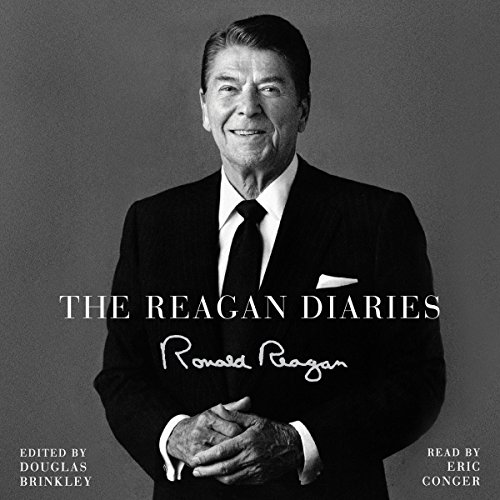 By: Ronald Reagan
Narrated by: Eric Conger
Try for $0.00

During his two terms as the 40th President of the United States, Ronald Reagan kept a daily diary in which he recorded, by hand, his innermost thoughts and observations on the extraordinary, the historic, and the routine day-to-day occurrences of his presidency. Now, nearly two decades after he left office, this remarkable record, the only daily presidential diary in American history, is available for the first time.

Edited by historian Douglas Brinkley, The Reagan Diaries provides a striking insight into one of this nation's most important presidencies and sheds new light on the character of a true American leader. Whether he was in his White House residence study or aboard Air Force One, each night Reagan wrote about the events of his day, which often included his relationships with other world leaders and the unforgettable moments that defined the era.

Seldom before has the American public been given access to the unfiltered experiences and opinions of a president in his own words. To read these diaries, filled with Reagan's trademark wit, sharp intelligence, and humor, is to gain a unique understanding of one of the most beloved occupants of the Oval Office in our nation's history.

"Reagan's diaries are revealing, and Brinkley has done historians and the broad public a great service by editing them for publication." ( Publishers Weekly)

What listeners say about The Reagan Diaries