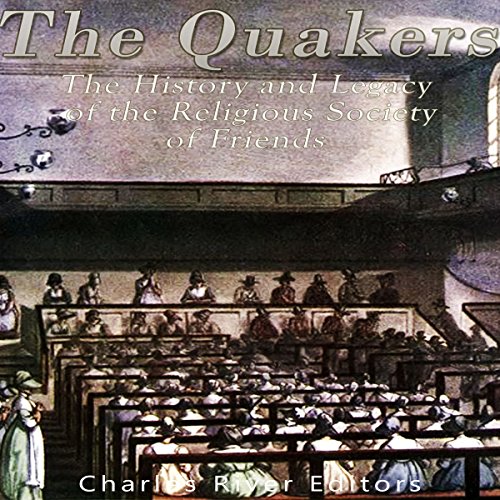 "I was plain, and would have all things done plainly; for I did not seek any outward advantage to myself." - George Fox

Since its fruition, Christianity has faced an unremitting string of conflicts, critics, and challenges. As the number of Christian converts grew, the growth in clashes on ideologies and control was only natural. In the same vein, more and more of those who called themselves Christians seemed to be straying further and further away from God's light. Drunkenness, heresy, and immorality were on the rise. The Middle Ages was especially rife with rape, incest, adultery, and other obscene sexual behaviors, which were well-recorded by medieval chroniclers. The English scholar, Alcuin, lamented that civilization had become "absolutely submerged under flood of fornication, adultery, and incest, so that the very semblance of modesty is entirely absent."

Towards the 17th century, the Puritan-raised George Fox became increasingly discouraged by the worsening moral conditions of society. George was unable to fill the spiritual void inside of him, until one day, he discovered his inner "Light". Next came the godly visions. George began to preach about the "true" Word of God, and soon, amassed a following - the Religious Society of Friends, later known as the "Quakers".

Few today know much about the Quakers. Whenever the subject of Quakerism slips into conversation, most picture a rosy-cheeked fellow in a simple black overcoat, and a wide brim hat atop his thick, cloud-white hair, inspired by the famous logo of the Quaker Oats company. In spite of the stereotype, Quakers today come in all colors, shapes, and sizes, with the more liberal folk sporting trendy haircuts and tattoos.

What listeners say about The Quakers

This is a good book on strictly the history of The Quakers, but has no detail.

Good for a 5th or 6th grade report.

Don't expect any amazing spiritual awakenings from this book.

Much less erudite than other offerings by CRE, and that's a good thing! This history of the enlightenment of the founders and the propagation of the beliefs by those who came in later centuries as well as the bigotry and persecution they endured is worth studying. But it's the public stance on religiosity, women's rights, and abolition that are the most outstanding. Well done!
Jim D. Johnston narrates clearly and in a manner consistent with factual material.

i was hoping to find out more about quaker beliefs and customs but got a lot of history, especially in reference to american quakers.

Horrible in all respects

I once thought I'd like to become a Quaker, as some of my ancestors were. But after listening to this book, I'm glad I didn't. I've lost all respect for them.

I really like the tone of this narration. Great to have more audio books to research.