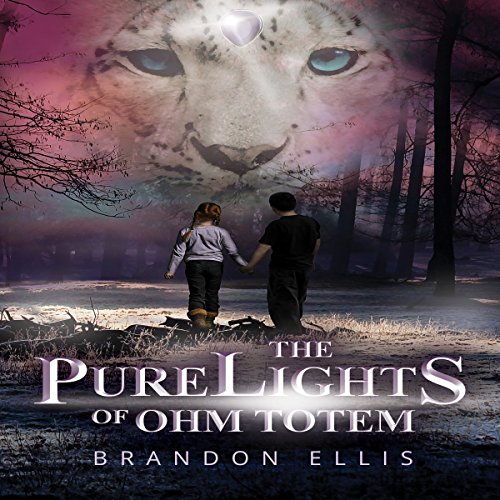 By: Brandon Ellis
Narrated by: Karen Krause
Try for $0.00

Zoey and Coda are like everyone else in their small town of Gladstone, but that's about to change - forever.

Zoey has a dream, one that feels far more real than it should. A strange wolf with a beautiful violet crystal embedded in his forehead visits her. "Please help us," the wolf implores. "Remember, Zoey, who you truly are." Zoey wakes up, dismissing it as a silly dream. However, she soon realizes that it was far more real than she could have ever imagined.

Coda is Zoey's older brother. Like many boys his age, he has a craving for adventure and a loathing for his younger sister. He can't stand it that she constantly gets in his way, joining in on all of his fun and ruining it during the process. And the worst, according to Coda, is that Zoey gets all of the attention from their parents. A big drag in his mind.

Then destiny arrives, one that Zoey and Coda must face together - if they want to survive.

Together, they journey to a place deep in the Cornell Forest, through a secret portal that leads them to an ancient world called Ohm Totem - to the place of the PureLights, the race beckoning for their help.

Caught between an age old war and finding their way back home, Zoey and Coda go on an amazing adventure, taking them beyond the veils, beyond everything they once knew and into the grasp of the unknown.

What listeners say about The PureLights of Ohm Totem

Story with a moral

Beauty and great lessons for children. Well, maybe some of us adults might learn something too.

This is a tough audiobook to review. The story is actually quite entertaining but it takes some effort to get pass the narration at the early part of the book.

The story line and characters are really quite imaginative and engaging. The authors writing is solid and structured. While it is solidly in a new age presentation I found the underlying life values / principles to be very positive and worthwhile.

The world of Ohm Totem is marvelous. The writer does a wonderful job of painting the details in the mind of the reader. He make the enchanting world and the protagonist characters inviting. The struggle they face is one that easily draws the reader in and engages you.

This is story that I would choose to give to an older elementary school age child or a young adult in a book form rather than as this audiobook performance. The story is a good one and has solid, helpful perspectives that I think are an added value. The story is one that any one with brothers and sisters can relate to which gives a solid character / reader identification platform.

The only drawback to this listening experience was the narration. The presentation from the voice actor while in the "story narrator" character felt robotic. (At first I thought SIRI was reading it.)

She does a good job in the character narration and as this becomes more of the story the listening experience improves. By the end of this first book I was engaged and enjoying the story. I just feel at this time that the story would be best presented in written form rather than audio.