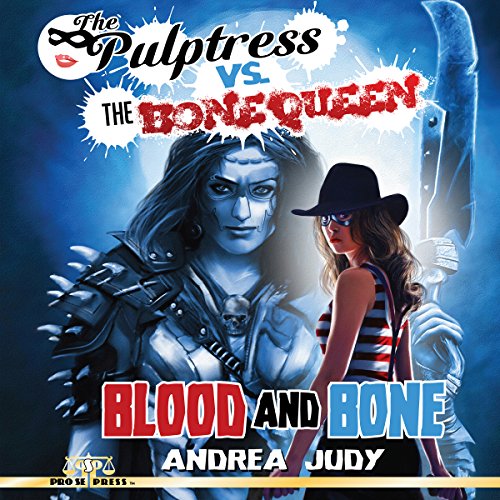 The Pulptress Versus the Bone Queen: Blood and Bone

By: Andrea Judy
Narrated by: Julie Hoverson
Try for $0.00

The Pulptress: raised from birth by the world's greatest heroes and some of its villains as well to be the greatest Champion for Justice and Right ever known.

The Bone Queen: once an idealistic priestess to a Death Goddess, now the depraved embodiment of Death and twisted Resurrection, walking the Earth in search of unbelievable power.

These two women walk very different paths, paths that crossed explosively. But as they clash one final time, the Pulptress and the Bone Queen have something in common, the one thing that may kill them both - they thirst for vengeance!

What listeners say about The Pulptress Versus the Bone Queen: Blood and Bone