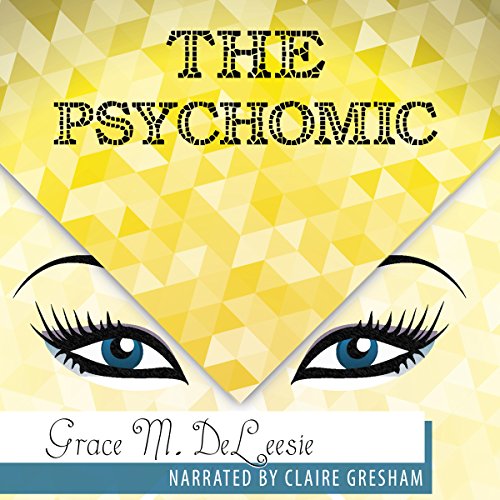 Edinburgh, Scotland: On a rainy night in 1479, 12 expectant mothers gave their lives so their unborn daughters could live. Falsely accused of murder, the 12 coven-sisters cast a spell to send their girls to a time when they would not be prosecuted for their blood heritage as Earth witches. Unknown to the mothers, an ancient evil followed the daughters to rid them of their powers and take them for his own.

O’Neill, Nebraska: In present day, 2015, unlike her friends, Monica has never wanted her powers. The ability to touch is a curse for her. Every step, every contact, plagues her with a history she didn’t want or ask for. When she is finally set free of her burden, she doesn’t know who to thank for her rescue. With the help of her friends, Monica must solve the mystery of who saved her from harm... before time runs out.

What listeners say about The Psychomic

I am a huge fan of Grace's! I am so glad her books are now on audio.