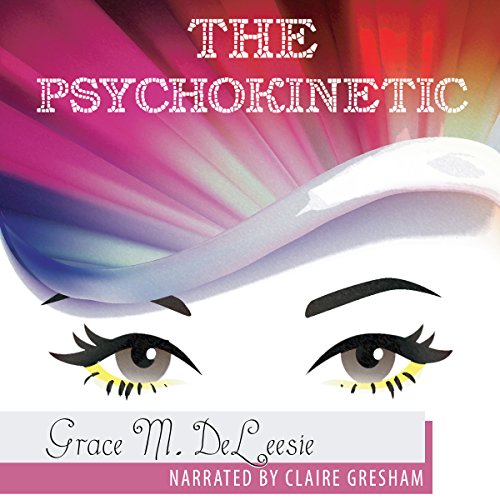 Edinburgh, Scotland: On a rainy night in 1479, 12 expectant mothers gave their lives so their unborn daughters could live. Falsely accused of murder, the 12 coven-sisters cast a spell to send their girls to a time when they would not be prosecuted for their blood heritage as Earth Witches. Unknown to the mothers, an ancient evil followed the daughters to rid them of their powers and take them for his own.

Neill, Nebraska: In present day 2015, not all weather changes can be predicted. Erika has fought every day for the control she has over her psychokinetic powers. While she cannot deny the pleasure she takes in creating rainstorms or cloud formations, she is very much aware of how dangerous her powers can be if her emotions are left unchecked. So Erika watches her every move...until one day when Fate had another plan for her.

What listeners say about The Psychokinetic

Enjoyed the Book, Loved the Audiobook!

I loved reading this book on my kindle, so I bought it on audio to try. It was great!

It's suited to young adult audiences or adults who like light fiction.

The ending should have been the prologue.

Pretty good delivery. Could have added more verbal gestures or a regional accent, but that's more due to the written dialogue.

If you could play editor, what scene or scenes would you have cut from The Psychokinetic?

I wouldn't cut scenes. I would have organized the events differently and done some different plot exposition.