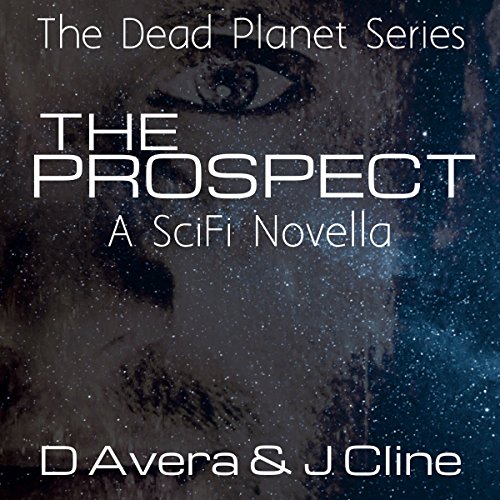 Watch a man's humanity erode as he becomes another pawn for the Syndicate. Prospect Gentry has been recruited by the Agency and is in training to become a Policeman, part of the elite force which performs assassinations for the centralized government known as the Syndicate. This story follows Gentry as he becomes someone else through a form of brainwashing called programming. He excels in his training, but there is one final test he must complete to become a Policeman, a test that will prove to the Syndicate that he is faithful to their cause.

What listeners say about The Prospect

Intriguing start to a series.

The Syndicate rules the planet Archea and for those that try to defy the Syndicate, there are the elite Policemen, trained by the Agency as assassins. The training is a grueling mix of physical workouts, combat training, and brainwashing. The Syndicate has such a loyal force because they have stripped everything else away, leaving the person the Syndicate and the Syndicate only.

Prospect Gentry has just joined the Agency and the stripping of his personality begins right away with removal of all personal items, including a photo of his family. Hi sister is pregnant and he had hoped to be around for the birth. I wasn’t sure if he was forced into the Agency or if he was drafted. Still, he seems a little remorseful to be there but not terribly upset. Initially, I felt this might be a step up for him. Pretty quickly, it’s made clear how severe the training is. There are no wash outs of this program, only the lifeless bodies of those that didn’t keep up. Gentry learns early on to always keep up, if not excel.

Then there is the brainwashing which is a mix of psychological reformatting with the help of chemical stimulants. This programming pumps in pain to the subject whenever they experience positive emotions about something personal, like Gentry’s brotherly love for his sister Ambry. Pain and hate start to replace those positive emotions when it comes to personal connections. Only the joy of accomplishing this bit of training or that particular task remains. It was clear throughout the story that Gentry was in constant mental anguish, no matter how he tried to squelch even that feeling.

There’s some cool tech introduced in this short tale, like the Policeman gauntlets. We mostly see them being used by the trainers. Then there’s the bits of surveillance throughout the city which I expect is monitored either by the Agency or directly by the Syndicate. I’m hoping for more scifi tech in the next installments of the series. My one little quibble is that there is only 1 female character (Gentry’s sister Ambry). No female Policemen?

The ending was poignant. Gentry has his graduation test in order to go from a mere Prospect to a full Policeman. There’s repercussions. However, I have hope that Gentry hasn’t lost all his humanity. Definitely left me ready to jump into the next in the series.

Narration: Jamie B. Cline was a good choice for this book. He had a young but not naive voice for Gentry. Cline did a really good job of expressing Gentry’s inner agony in many little ways without being over dramatic about it.