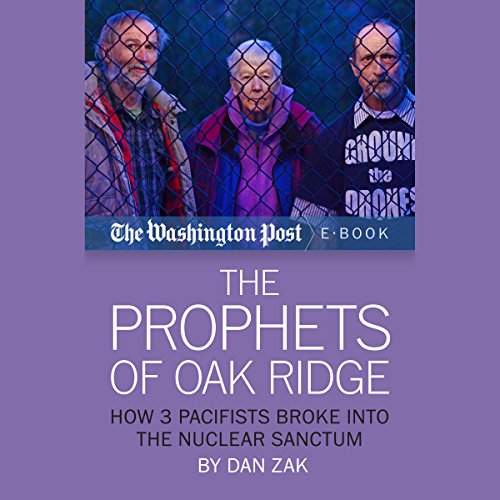 The Prophets of Oak Ridge

How 3 Pacifists Broke into the Nuclear Sanctum
By: Dan Zak, The Washington Post
Narrated by: Peter Berkrot
Length: 1 hr and 30 mins
Categories: Nonfiction, Politics
3 out of 5 stars 3.0 (2 ratings)

The Prophets of Oak Ridge

In the summer of 2012, in the dead of night, three peace activists penetrated the exterior of Y-12 in Tennessee, supposedly one of the most secure nuclear-weapons facilities in the United States. A drifter, an 82-year-old nun, and a house painter. And if they had been terrorists armed with explosives, intent on mass destruction? That nightmare scenario underlies the government’s response to the intrusion.

The Prophets of Oak Ridge is the story of two competing worldviews, of conscience vs. court, of fantasy vs. reality, of history vs. the future.