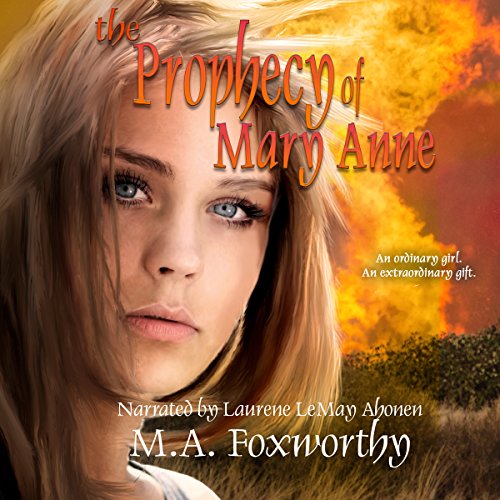 The Prophecy of Mary Anne

The eastern sky was darkened by a low-hanging blanket of grey smoke. To Mary Anne, it looked like the end of the world, with the sun blacked out by a thick, sooty fog and the eerie orange glow of fire on the horizon.

Farms are being burned in the peaceful community of Oakton and no one knows why. That is, not until the arrival of Ms. Cur, whose job it is to bring the town into compliance with a new government mandate.

All of this is bad enough, but what really worries Susan is her twin sister Mary Anne is claiming to have visions of the future. Is she losing her mind or are the prophecies real? Whatever the truth is, these visions have put Mary Anne on the wrong side of Ms. Cur and she will do anything to be rid of her.

What listeners say about The Prophecy of Mary Anne