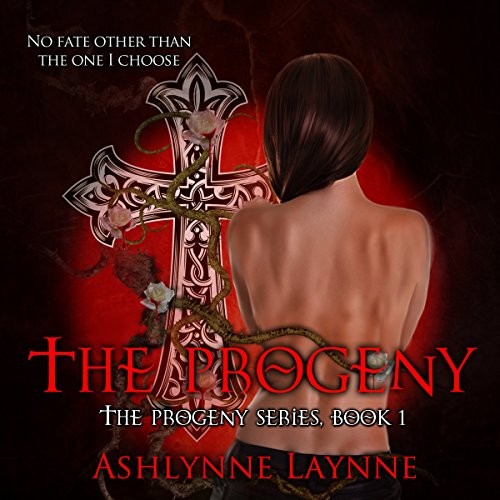 By: Ashlynne Laynne
Narrated by: Shana Pennington-Baird
Free with a 30-day trial

"No fate other than the one I choose."

The timeless creed and tattoo bore by the Rousseaus - a vampire clan with the purest bloodline of any vampire family. Out of this clandestine group came one who was different, yet the same: Ascher, a half-bloodling: half- human, half vampire.

Ascher questions the purpose for his existence and which world he truly belongs to: the human world or the vampire world. Two months from sealing to Ursula - a prearranged union to a woman he abhors - he's at his wit's end. He knows if he calls off the sealing, the Romanian clan will strike with deadly force, but he cannot see eternity with a cold empty shell of a woman like Ursula.

Just when he thought life was complicated enough, he meets Shauna - a beautiful, bi-racial human Wiccan - and immediately develops an unshakable attraction to her. She makes him feel alive and vital despite his origins, and Ascher makes a decision that turns his immortal world upside down.

What listeners say about The Progeny

As I sit here looking at the blinking cursor I'm finding it very difficult to review this book, not because it was bad because it wasn't.... however, it's one of those listens that was just ok, nothing special, nothing memorable, only average and yet fairly enjoyable. It had it's good chapters, tense chapters and romantic chapters but it also had chapters that cried out for much needed descriptions and chapters that seemed to totally skim over facts and events. The main characters seemed very young and reminded me more of Bella and Edward rather than Sookie and Bill.

Handsome Ascher is a depressed Half Bloodling (half human half vampire) but when he gets a look at the new employee of his family's Bar he is instantly attracted to her. However, he tries to fight the pull but when he smells Shauna he starts drooling over her blood because she is the Trinity.... a vegetarian, a virgin and has never had alcohol..... an irresistible heady combination to tempt any vampire. Instant attraction which quickly morphed into desire, thirst and a sweet love which was eventually consummated. The trouble was Ascher's destiny had been foretold and he was about to be 'sealed' (kinda like married) to a vamp bitch from a Romanian Clan who he had been having cold and passionless sex with and when she finds out about Shauna she becomes a bitter, twisted, evil and very manipulative enemy..... eeewww nasty.

There's romance, action, suspense, a few surprises, a heartbreak and a full cast of secondary characters.... but for me, it somehow and sadly missed it's mark. I like my heroes to be Alpha men and not a baby-faced College student who has only had one sexual partner in his 87 years. Yes, he's thoughtful, kind, caring and oh so romantic but I like my men to be men and to have a bit of a 'bad boy' attitude too. Dual POV's, narration - well thankfully Ascher had an accent because I don't think I would've been able to distinguish between him and Shauna.

Worth a credit? If you're looking for Twilight rather than True Blood then I'm sure that this is your kinda listen (and yes I liked Twilight too) this book did end happily but the storyline will continue on. Now, I won't be asking for my credit back but I also won't be carrying on with the series.