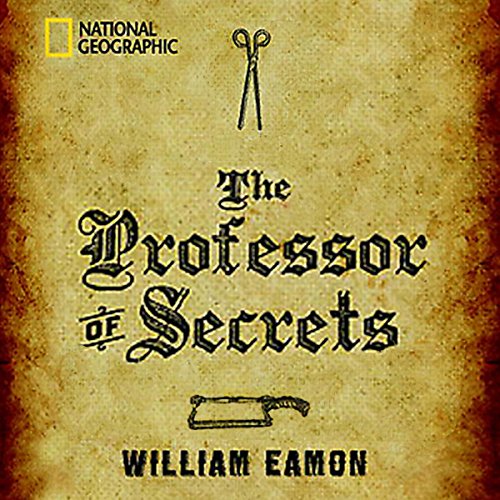 The Professor of Secrets

By: William Eamon
Narrated by: Victor Bevine
Try for $0.00

In the tradition of Galileo's Daughter and Brunelleschi's Dome, this exciting story illuminates the captivating world of the late Renaissance - in this case its plagues, remedies, and alchemy - through the life of Leonardo Fioravanti, a brilliant, remarkably forward-thinking, and utterly unconventional doctor. Fioravanti's marvelous cures and talent for self-aggrandizement earned him the adoration of the people, the scorn of the medical establishment, and a reputation as one of the age's most colorful, combative figures.

Written by Pulitzer-prize nominated historian William Eamon, The Professor of Secrets entices readers into a dangerous scientific underworld of sorcerers and surgeons. Meticulously researched and engagingly written, this gripping narrative will appeal to those interested in Renaissance history, the development of science, and the historical thrillers so popular today.

“The author presents what medicine was like during the Renaissance with a wealth of unexpected details…and a light, accessible touch…that makes this book welcome reading not only for the summer but for any time of year.” (Los Angeles Times)

What listeners say about The Professor of Secrets

This book gives a very good overview of the development of medicine during the transition from the middle ages to renaissance. Since it follows one person, it gives lots of colorful details that are easy to follow. I found parallels between renaissance medical establishment and today's medical practice very interesting.

This is a great book with a great story. I learned a lot about history as well as following the lives of some interesting characters.

Where was the Alchemy???

This book had more dramatic words that any actual facts!!!
I don't even know what the author actually feels about the main character and I didn't learn anything about alchemy or medicine!

Eloquently captures Europe in the 1500s.

The perfect book for my purposes. Very well researched, it captures Europe in a specific point in time, where conventional medical practices were challenged, paving the way to modern medical practices, the new world introduced new revelations, and the printing press communicated all this to a wider audience than ever was possible before. l felt the reader did an excellent job of capturing the voice of the book, balancing scientist and snake-oil salesman.