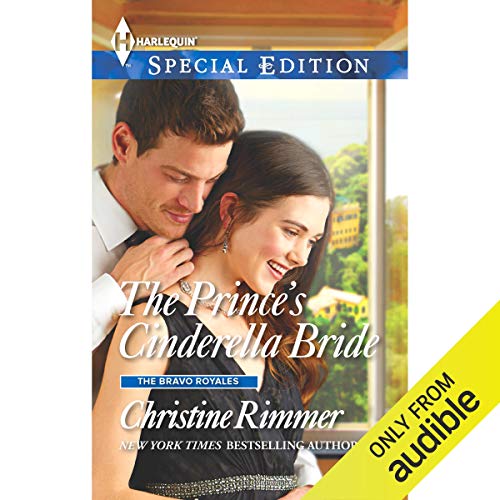 By: Christine Rimmer
Narrated by: Ginger Cornish
Try for $0.00

From Texas nanny...to palace princess! It should never have happened - the night of forbidden magic that turned Lani Vasquez and Prince Maximilian Bravo-Calabretti into lovers. After all, Lani knew all too well that an affair between a lowly nanny and the heir to the throne could only end in heartbreak - her own. Which was why she had to end it before she lost her herself completely.... His New Year's Eve with Lani had rocked Max's world - and now the Texas beauty wanted to be just friends? The single father had sworn he'd never marry again, but Lani had charmed his children and awakened his guarded heart. Will the prince catch his Cinderella before the clock strikes midnight?

What listeners say about The Prince's Cinderella Bride

I have all of this series and loved reading them.

I have read all the Bravo series and have enjoyed them. they all get you attention at first and you don't want t put them down.