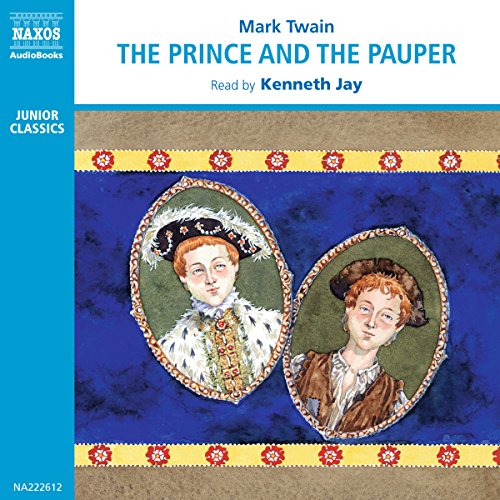 The Prince and the Pauper

The Prince and the Pauper

It is England in the time of Henry VII. Two boys meet. They were born on the same day; they look identical but they are not from the same family. Tom Canty is a pauper living in a hovel in the back streets of London, surviving as a beggar. Edward is Prince of Wales and about to become Edward VI.

By a sudden twist of fate, they find themselves in each other's circumstances, the pauper raised to royalty and the prince - to the state of a pauper.

This engaging fantasy is one of the classics of children's literature from the pen of Mark Twain. Woven into the fragment of an exciting story involving two boys trying to make sense of their worlds is a wealth of historical detail coloring the life and times of Tudor England.

Although I had read this book several times since I was a child, and enjoyed it, I loved the way the narrator brought it alive. He does the different characters with skill, making you think that there is, for sure, several people doing the narration. Listen to this one for pure enjoyment and to get the kids hooked on the classics.