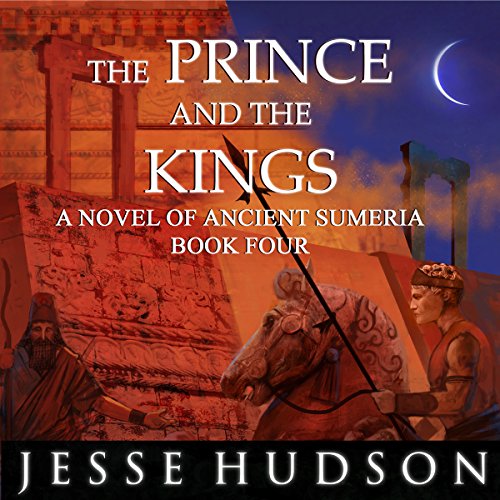 The Prince and the Kings: A Novel of Ancient Sumeria

By: Jesse Hudson
Narrated by: Austin Vanfleet
Try for $0.00

The empire of Akkad is coming apart at the seams and Ammon-shur and his family find themselves in the middle of all of the social and political turmoil. With the nomadic Gutian Confederation to the North sensing an opportunity to snatch up loot and slaves from the poorly defended cities on the periphery of the empire, an aggressively expansionist Elamite empire looking to settle old scores once and for all and restive Sumerian city-states inside the empire hoping to throw off Akkadian domination for good, it seems that there is no safe haven to be found anywhere. Even the unimportant backwaters of Canaan where Ammon's daughter and son-in-law make their home has been drawn into the growing conflagration and Ammon soon finds himself thrust into battle after battle against his will as he fights to hold his family together in the face of the ever stronger winds of war which seem poised to tear it apart.

What listeners say about The Prince and the Kings: A Novel of Ancient Sumeria

Loved this story as it continues to build upon the earlier books. There is a nice ballance between the historical figures and the new characters. Loved the surprised ending. Was not expecting that at all. Good job. The narration gets better with each book.