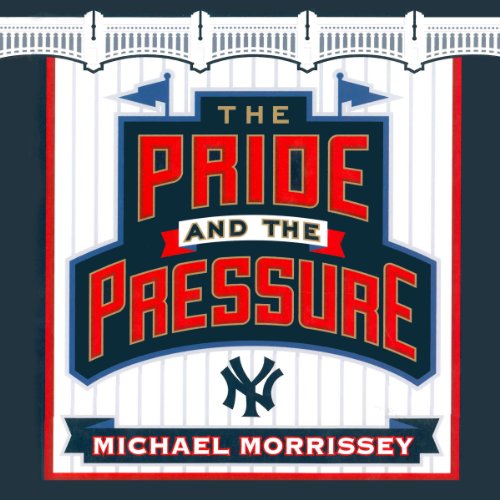 The Pride and the Pressure

A Season Inside the New York Yankee Fishbowl
By: Michael Morrissey
Narrated by: Brian Troxell
Length: 10 hrs and 4 mins
Categories: Sports, Baseball
3 out of 5 stars 3.0 (3 ratings)

The Pride and the Pressure

What’s it really like to wear the pinstripes? This riveting account from New York Post writer Michael Morrissey takes listeners inside the clubhouse of the 2006 New York Yankees and reveals what really goes on behind the hype, the media glare, and the roar of the fans surrounding the most fabled organization in the world of professional sports. The New York Yankees began the 2006 season with baseball’s highest payroll and sky-high expectations - and more challenges than other any Yankee team in history. From owner George Steinbrenner right on down, the team took an urgent, almost militaristic, approach toward winning their 27th world championship.

Morrissey had full access, chronicling the ups and downs on the field and the public and private skirmishes that defined their season:

Nothing in sports compares to the prestige and weight of wearing the pinstripes. The Pride and the Pressure takes Yankees fans behind the scenes and brings it all to life.
©2007 Michael Morrissey (P)2013 Audible, Inc.