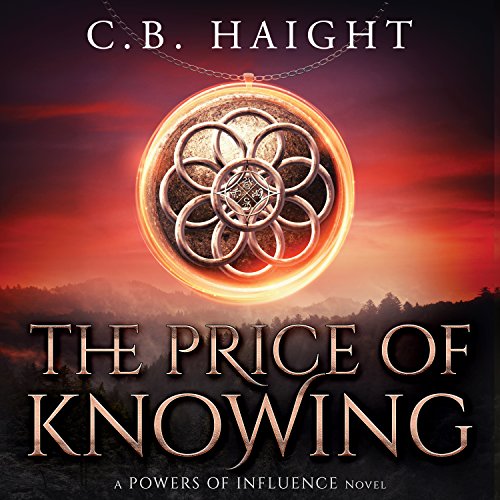 The Price of Knowing

By: C B Haight
Narrated by: Mikael Naramore
Try for $0.00

Compliance is misery, defiance is death. Such is the way in The Faction, and no one understands that suffering better than Jarrett. The infamous demon hunter has built his whole existence dealing punishment to those who oppose his master. This time though, he is the one who rebelled, and Jarrett knows there is no escaping the penalty of his betrayal. The Hunter is now the prey. Collett can see him in her dreams, feel his presence while awake, and she knows Jarrett has all but given up. As her supernatural abilities overwhelm her, an empathetic bond to the warrior lycan strengthens. This growing connection is a knife to Cade's heart. Each time Collett calls out for his estranged twin in her sleep he is torn between protecting the woman he loves and helping the brother who scorned him. Cade knows The Faction will stop at nothing to see them all dead. Time is short, answers are scarce, and the demons hunting them are multiplying. In this second installment of The Powers of Influence, survival depends on strained bonds of brotherhood and memories still trapped within Collett's mind. Will the price of knowing the truth be more than they are able to pay?

What listeners say about The Price of Knowing

If you could sum up The Price of Knowing in three words, what would they be?

At the end of the book when Collett remembered who she was and how much Kade was willing to do to try and save her was heart wrenching and the ending was very unexpected but I think it was done it a tactful way and left me going crazy for the next book to come out! I have so many questions!

Just as some questions were answered so many others came. The action and love in this book was excellent and I think it gave depth to the characters. I can't wait to read the next book!