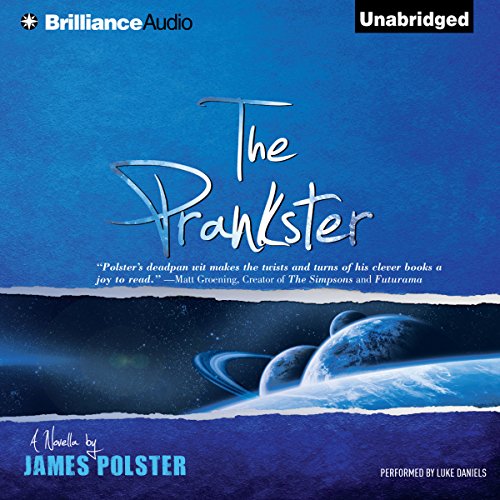 By: James Polster
Narrated by: Luke Daniels
Try for $0.00

Name’s Pom Trager, galactic superstar and prankster. Never heard of me? How about Picasso? The pyramids? The 1960s? All my doing. Bigfoot. Area 51. The entire US political system. Me. Me. Me!

To Pom Trager, humanity’s entire history is one big joke - and he delivers the punchlines, broadcasting hilarious exploits back to his home planet to boost the ratings of his reality show, The Prankster. But when a system malfunction strands Trager in modern-day Santa Fe, his only hope rests in a nebbish assistant he recently fired, a headstrong human woman, and his ability to outrun a relentless sheriff hot on his trail.

Now Trager must hightail it to the pickup point in San Francisco, all the while dealing with car thieves, time loops, all-American truck stop food - and a rapidly closing rescue window that could leave him trapped forever in a backwater world of his own making.

What listeners say about The Prankster