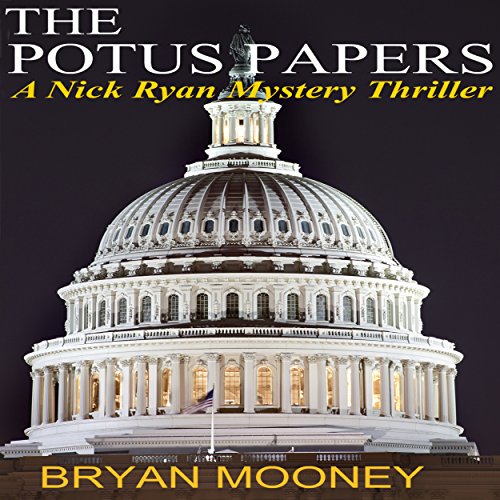 By: Bryan Mooney
Narrated by: Gordon Greenhill
Try for $0.00

The Potus Papers is a top rated mystery thriller. A fast paced mystery featuring Nick Ryan, a former FBI's top investigators before he takes a temporary leave to track down his wife's killer.

Nick is asked to look into a suicide claim by a friend of his at an insurance company. What initially appears to be an open and shut case turns into a race against time as he find that everyone the dead man talked to before he died ... is turning up dead!

The headstrong investigator pursues every lead across three continents, until the trail ends with the President of the United States, POTUS as he is called by the Secret Service.No one is who they appear to be.

Suddenly, Nick Ryan finds he is next on the list to die. Nick is running out of time. He must solve the mystery of, The POTUS Papers.

What listeners say about The Potus Papers

Loved it thoroughly. Well thought through and engaging! I was captivated from start to finish!