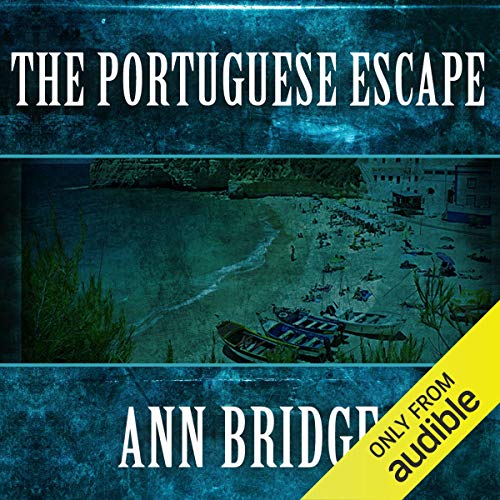 By: Ann Bridge
Narrated by: Elizabeth Jasicki
Free with a 30-day trial

Miss Bridge takes us to Portugal; not only the well-known world of Estoril and the Embassies, but behind the scenes, into the life lived on country estates by the Portuguese themselves. Both aspects are seen through the fresh eyes of a young Hungarian girl just released from behind the Iron Curtain, who also gives vivid and horrifying glimpses of life in Soviet-dominated Hungary from 1945 to 1955. Communist intrigues lend suspense and excitement to this book full of rapid movement, when any drive in a car may hold possibilities of danger; and readers who enjoyed the calm, dumb-blonde Julia Probyn in The Lighthearted Quest will be glad to meet her again here, playing her accustomed role of outsmarting the professionals at their own game. But though lively this audiobook penetrates further into the life of another country, and gives too a revealing account of the impact of western life and behaviour on a highly intelligent observer from 'the other side'.

Ann Bridge (1889-1974), or Lady Mary Dolling (Sanders) O'Malley was born in Hertfordshire. Bridge's novels concern her experiences of the British Foreign Office community in Peking in China, where she lived for two years with her diplomat husband. Her novels combine courtship plots with vividly-realized settings and demure social satire. Bridge went on to write novels around a serious investigation of modern historical developments. In the 1970s Bridge began to write thrillers centred on a female amateur detective, Julia Probyn, as well writing travel books and family memoirs. Her books were praised for their faithful representation of foreign countries which was down to personal experience and thorough research.

What listeners say about The Portuguse Escape

I never get tired of this author. Her insights into other countries and cultures and the beauties of nature in those countries makes each book a visual and emotional journey into another time and place, enlivened by fascinating characters. Narrator is perfect for the book.

Well written, good character portrayal,
Good plot, and superb depiction of a Portugal, that has almost if not completely disappeared,
A very enjoyable story.