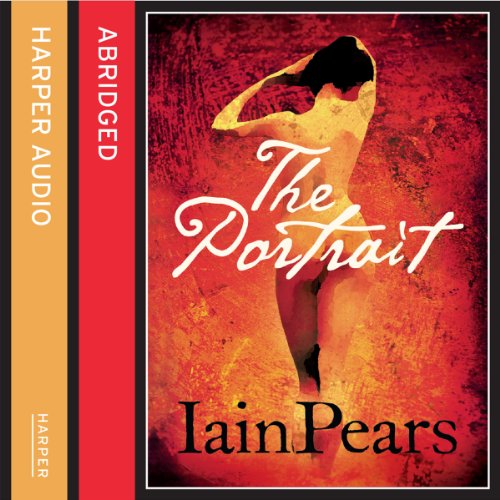 By: Iain Pears
Narrated by: Peter Capaldi
Try for $0.00

In the early years of the 20th century, influential art critic William Nasmyth travels to a remote island off the coast of Brittany to sit for a portrait painted by his old friend, the gifted but tormented artist Henry MacAlpine. Over the course of the sitting, MacAlpine recalls their years of friendship, the double-edged gift of the critic's patronage, the power he wielded over aspiring artists, and his apparent callousness in anointing the careers of some and devastating the lives of others.

The power balance between the two shifts dramatically from what it had been, with the critic now the passive subject while the painter struggles to capture the character of the man, as well as his image on canvas. And as the painting develops, so a story begins to emerge: one of betrayal, hypocrisy, forbidden love, suicide and ultimately murder. Reminiscing with ease and familiarity one minute, anger and menace the next, MacAlpine eventually reveals why he has accepted the commission of this portrait, why he left London mysteriously at the height of his success, and why, now, with dark determination, he feels ready to return.

Set against the dramatic, untamed landscape of Brittany, during one of the most explosive periods in art history, The Portrait is a darkly atmospheric, psychologically complex, macabre, and chilling tale from a master storyteller.

"Beautifully written and disturbing, The Portrait is as good as anything the author has done." ( The Times)
"It's obvious the artist plans to murder his sitter ¿ the suspense, artfully sustained, lies in finding out why." ( Sunday Telegraph)

What listeners say about The Portrait

Loved this dark thrilling book many years ago and have re-read it a number of times. Thoroughly enjoyed the narration by Peter Capaldi. So perfect a personification of Henry MacAlpine

a good story, a wonderful narrator

The story is good. I'm not familiar with the author's work otherwise, but this is well worth the listen. It helps if you have some interest in art because the story is immersed in that world, but it's enjoyable in any case. It repays multiple listens... I finished it the first time and immediately turned it back to the beginning to play it again. The last 45 minutes or so are really gripping... I kept giving sudden gasps that made my husband ask what I was listening to.

The story is told as a sort of conversation wherein only one person speaks, and I think some people, particularly with the print version, are put off by this, but that is much less of a problem with the audio version because of the magnificent Peter Capaldi, who adds the beating heart to the whole thing. I expect the print version must suffer by comparison without Capaldi's brilliant interpretation and delivery. I recommend this audiobook enthusiastically!

What a voice, and how well did the narrator bring the (fascinating) story to life!
Set in the arts scene of the early 20th century, this novel, written by an art historian, explores the dynamic between painters, critics, art dealers etc. in a way that had me listen spellbound.

This is a remarkable book. The artist, who speaks throughout is an extraordinarily intense person. I will certainly listen to this again as there were many arresting moments I wanted to hold on to. There are moments of penetrating analysis of the creative process and the role of critics. It is a deeply philosophical work narrated by Peter Capaldi with a chilling and ferocious authority. I don't know if he has narrated other books but he is astounding in this work. What a perfect voice for the book! He identifies so completely with the character that it goes beyond performance. He speaks as if possessed by the spirit of the artist with great emotional subtlety, expressing the heightened sensibilities of a visionary and also sardonic wit and bile. Very highly recommended.
I intend to follow this author closely.

The narrator was excellent with just a couple of hesitations - he really portrayed the moods well though, and really contributed to drawing you in to the story.

I bought this book to read years ago and now on audiobook was hearing it for the first time but getting the story for a second time.

The book is just a long monologue with plenty of exposition, wandering off the main point, some surprises and namedropping along the way - it all adds up to a really absorbing tale, and one in which you keep wondering what it would be like to be on the receiving end of the monologue and of the sitter’s criticism. I have read almost all of Mr. Pears’ bookshop, so not a surprise that I enjoyed this one too. It seems like a long time has passed since his last one.