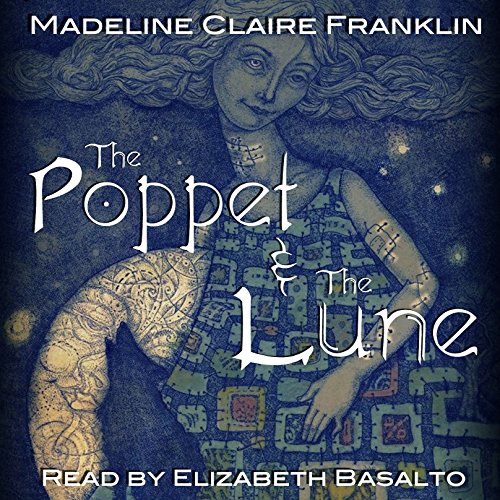 The Poppet and the Lune

By: Madeline Claire Franklin
Narrated by: Elizabeth Basalto
Try for $0.00

The witch who made the patchwork girl died before she could give her creation a name. Stitched together from the remains of the villagers’ dead children—whose memories still live in her flesh—the patchwork girl is a spell as yet unfinished, held together by nothing more than a ring made of moonbeams. She can never be what her parents want her to be: a replacement for the children they’ve lost. So when the poppet grows up, and grows tired of being a disappointment, she decides to embark upon a journey through the Everwood Forest in search of her real name.

In the forest she meets Faolin, a newly made wereman (a man trapped as a wolf except during the full moon) running from the beasts who made him. Wanting nothing more than to become human again, and to return to his fiancée, the patchwork girl promises to help him in his quest is he will help in hers. Together they face the dangers of the forest, forming an unlikely bond as their paths wind together: Faolin running from his destiny, the patchwork girl in search of her own, and both of them bound by moonlight.

But Faolin, afraid of the beast he has become, has known all along what he must do in order to lift the curse and return to his fiancée-in fact, it is the very reason he sought out the patchwork girl to begin with. But now, his cure has become the very reason why he must leave her: to protect her from himself.

What listeners say about The Poppet and the Lune

Elizabeth Basalto did a wonderful job of bringing the story of The Poppet and the Lune to life. I thought her voice fit the fairytale very well. She was good at doing different voices, and that is needed in a fairytale. She makes this fantastic book even more alive! Elizabeth Basalto is just very talented, and i cant say something negative about her reading!

What did you love best about The Poppet and the Lune?

That even though it was a fairytale, it did not shy away from the darker sides to life.

Have you listened to any of Elizabeth Basalto’s other performances before? How does this one compare?

This is the first performance I have listened to and I am really impressed. Elizabeth is very talented and did a wonderful job in bringing the story to life.

The Poppet and the Lune tells the story of Elizabeth, the patchwork girl who wishes to find her own place in the world.

The patchwork girl was not born, she was created by a witch on the demands of the grieving villagers who had just lost their own children. The witch died before she could finish or name her creation and so the villagers called her Elizabeth; a name that did not feel was her own. As time passes and the women of village have more children, Elizabeth begins to feel outcast and so she leaves the village behind.

The Poppet and the Lune is a delightful modern fairytale telling of Elizabeth’s journey that will appeal to children and adults alike. The style and description used in the novel flows beautifully, although in a couple of places it could have been shortened in favour of moving the story forward at a slightly faster pace. The characters are very imaginative and each one is memorable in their own way.

I would recommend the story of The Poppet and the Lune to anyone who enjoys a modern fairytale that does not shy away from the darker sides to life.

What did you love best about The Poppet and the Lune?

The story has all the elements of a wonderful fairy tale, and also twists and turns that make it exciting to read

The poppet is definitely my favorite character. She's helpful, innocent, and sweet

a must read for fairy tale fans!

The Poppet and the Lune

I LOVED this book!It reminded me of Clive Barkers Abarat. Elizabeth Basalto did a wonderful job narrating!The Poppet was a girl,sewn together from remnants of a towns dead children.A town witch took pity on the townspeople and gave them a daughter to share.Things happened,the Poppet left in search of her worth and her name.She meets a wolf,who is not always a wolf.Of course there is a villain after them. A great story.I've recommended it to friends.
This audiobook was provided to me at no cost for a fair and honest review

Where does The Poppet and the Lune rank among all the audiobooks you’ve listened to so far?

This is up there for me. It was interesting, and the take on the classic fairytale was very original.

I enjoyed the lyrical quality to the writing a lot. It takes a real talent to take simple writing, and add depth to the simplicity. It's one of the things I love about Herman Hesse, Angela Carter, Kim Ecchlin, and now Madeline Franklin!

She has a wonderful depth to her voice. The perfect choice for a fairtalesque story. I wish she could narrate all the classic myths and tales. I'd love to hear her tackle a Grimm Brother collection.

Finding Light in the Dark

This epic fabrication created by Madeline Franklin took you back to those once upon a time days and inserted a new story about a young patch-work girl's journey to find her identity. With twists and turns, beasts and fairies, this story--albeit a bit long-- will have you listening intently to the end to learn the final piece that makes this patch-work girl whole.
I was impressed by Franklin's imagination and creation of new fairytales. It was well written and easy to follow.

Elizabeth Basalto narration was quite sing-song in its quality which I believe fit a story such as this. It was repetitive in its tonal variation but was easy to listen to. Her character voices were distinct which helped keep the story moving.

Overall I enjoyed this book.


This audiobook was given in exchange for an honest review.

The poppet and the lune

The Poppet and the Lune is a beautiful fairy tale that gives listeners/readers a strong, empowering woman lead, a guy lead I loved, a solid romance and world building, and wonderful writing. It was heartbreaking at times and other times I downright cheered. I recommend this audioboook.

Girl and wolf together against the world

Fairytale about the expectations and pitfalls of what you think you want verses need. For the most part story kept up a good pace and definitely recommend it for young readers. I was provided this audiobook at no charge by the author, publisher and/or narrator in exchange for an unbiased review via AudiobookBlast dot com

Interesting adventure romp which defies expectations. You can't help but love the characters and want to know what will happen next. It was certainly unique, and I appreciate that she made the patchwork girl seem magical, rather than gory. The narrative could have been edited a little better, sometimes the prose was too purple. However, it doesn't distract from the story much.
The narrator was great, I thought her voice fit the fairytale setting very well. She was good at doing different voices. I set the speed to 1.25x, which was fine, not too fast and not too squeaky.