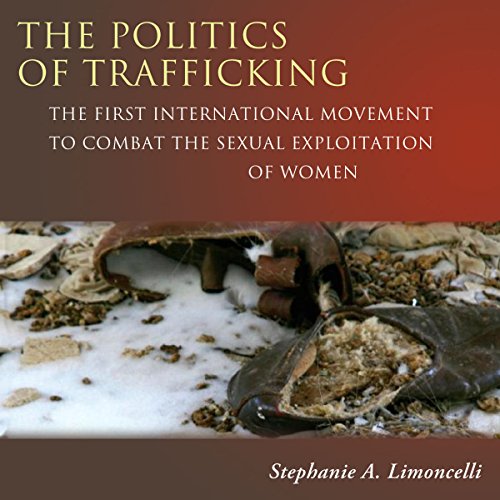 The Politics of Trafficking

By: Stephanie Limoncelli
Narrated by: Lyssa Graham
Try for $0.00

Sex trafficking is not a recent phenomenon. Over 100 years ago, the first international traffic in women for prostitution emerged, prompting a worldwide effort to combat it. The Politics of Trafficking provides a unique look at the history of that first anti-trafficking movement, illuminating the role gender, sexuality, and national interests play in international politics.

Initially conceived as a global humanitarian effort to protect women from sexual exploitation, the movement's feminist-inspired vision failed to achieve its universal goal and gradually gave way to nationalist concerns over "undesirable" migrants and state control over women themselves. Addressing an issue that is still of great concern today, this book sheds light on the ability of international nongovernmental organizations to challenge state power, the motivations for state involvement in humanitarian issues pertaining to women, and the importance of gender and sexuality to state officials engaged in nation building.

"Overall, the book constitutes a major contribution to the literature on humanitarian antitrafficking movements." (Gretchen Soderlund, American Journal of Sociology)
"This fascinating study of trafficking in women, primarily in Europe, addresses the dimensions of gender, sexuality, nationalism, power of states, and international social movements.... Highly recommended." ( Choice)
"Stephanie Limoncelli's book is a must-read for understanding the historical nexus of states, immigration, and the control over sexual labor." (David Kyle, University of California, Davis)

What listeners say about The Politics of Trafficking

In The Politics of Trafficking: The First International Movement to Combat the Sexual Exploitation of Women, Stephanie Limoncelli presents an excellent introduction to the topic from an historical and public policy perspective. She opens with a history of prostitution and trafficking which is informative. Of particular interest to me were sections relating how some governments have used prostitution to promote economic development. She then addresses the French, Italian, and Dutch experience with abolition and reform. A concluding chapter comments on the politics of current trafficking activity. From an academic perspective, this volume reveals a great deal about how trafficking has been approached internationally. If readers are looking for insight into true crime on an international scale they might be disappointed. I appreciate Limoncelli’s work, but I wish she would have given more insight into how this trafficking works across borders. This book could have been written without any personal or reporting experience being applied. On the other hand, her intent was to introduce the readers to the international movement to combat human trafficking of women and she has done a fine job of doing just that. The reading of Lyssa Graham lends credibility.