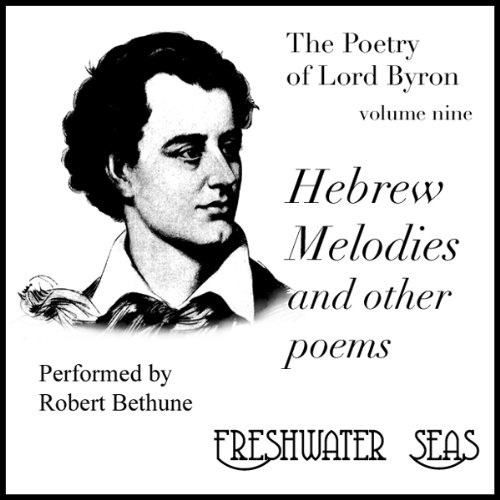 The Poetry of Lord Byron, Volume IX: Hebrew Melodies and Other Poems

By: Lord Byron
Narrated by: Robert Bethune
Try for $0.00

This volume of Lord Byron’s poetry contains four sets of his poems, starting with his famous book of poetry, Hebrew Melodies, and continuing with the Poems of the Separation, poetry he wrote in the period 1816-1823, his “Jeux d’Esprit”, and a group of poems written in homage to the great poets of Italy. Hebrew Melodies is a collection of lyrics Byron wrote to be set to music, as indeed they were, by a composer named Isaac Nathan. Byron wrote that the set was inspired by Jewish sacred music, but he does not seem to have taken that altogether seriously, as three of the set are simply love songs with no sacred aspect to them whatsoever. One of those, "She Walks in Beauty", is very justly one of Byron's most famous poems.

What listeners say about The Poetry of Lord Byron, Volume IX: Hebrew Melodies and Other Poems

I now own two of Robert Bethune's readings of Byron and I am truly hooked! I intend to get them all as 2012 progresses. Byron's combination of rhyming, elegance, intelligence, beauty and wit has enriched my life.