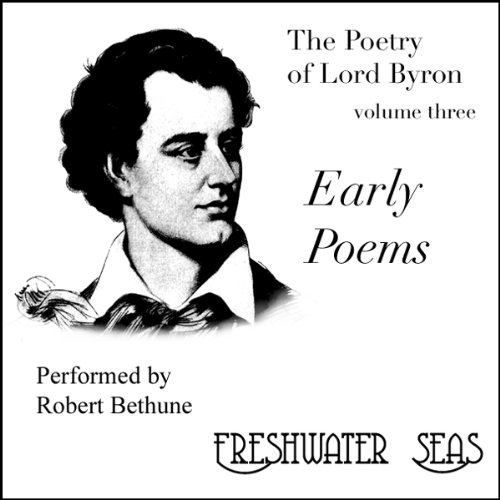 As in the first two volumes of this series, our interest in these poems is not so much the poetry itself as the promise of what is to come. In these poems, mostly written in the years just before Byron left England to tour in Europe, it is fascinating to see how his power as a poet is constantly growing and to see how his enormously romantic heart and soul goes about fashioning itself. He is on the brink of the experiences that will lead to his major breakthrough with Childe Harold’s Pilgrimage (volume five of this series.) He is also leading up to his joyous joust with the literary establishment that will be voiced in English Bards and Scotch Reviewers.

What sort of poems are these? They are the work of an enormously talented young man, whose skills as a poet are starting to bear significant fruit. He has all the preoccupations common to young men, particularly the charms of the opposite sex. He is clumsy from time to time, sometimes rather in love with his own voice. Though a young man, he often writes as if he were old, musing on days gone by, especially his schoolboy life at Harrow. He tries his hand at several genres: classical translation, narrative poetry, love poetry, philosophical musings. He is beginning to show the bitterness that will frequently appear in his later poems, particularly in emotional outbursts such as his “Inscription on the Monument of a Newfoundland Dog”. He is showing constantly growing technical skill, as in the clever rhythms of his “Fill The Goblet Again”. Most importantly, he is beginning to express ideas that are truly his own.

Above all, here we have the romantic heart of the young man rapidly growing up to be the Lord Byron that we know from his later work. Enjoy!