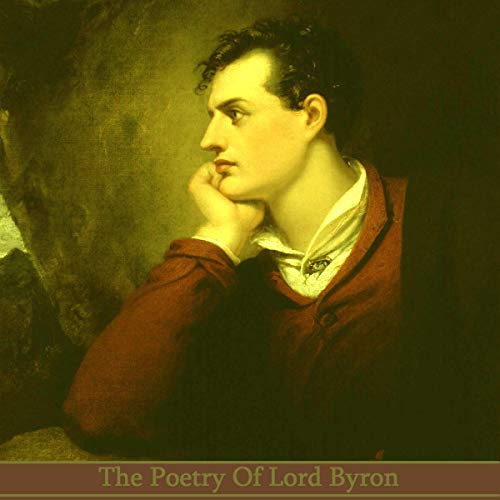 The Poetry of Lord Byron

George Gordon Byron, 6th Baron Byron, but more commonly known as just Byron, was a leading English poet in the Romantic movement along with Keats and Shelley.

Byron was born on January 22nd, 1788. He was a great traveller across Europe, spending many years in Italy and much time in Greece. With his aristocratic indulgences and flamboyant style, along with his debts and a string of lovers, he was the constant talk of society.

In 1823 he joined the Greeks in their war of independence against the Ottoman Empire, helping to both fund and advise on the war’s conduct.

It was an extraordinary adventure, even by his own standards. But for us, it is his poetry for which he is mainly remembered, even though it is difficult to see where he had time to write his works of immense beauty. But write them he did.

He died on April 19th, 1824 after having contracted a cold, which, on the advice of his doctors, was treated with bloodletting. This caused complications, and a violent fever set in. Byron died like his fellow Romantics, tragically young and on some foreign field.

This volume comes to you from Portable Poetry, a specialised imprint from Deadtree Publishing. Our range is large and growing and covers single poets, themes, and many compilations.

What listeners say about The Poetry of Lord Byron