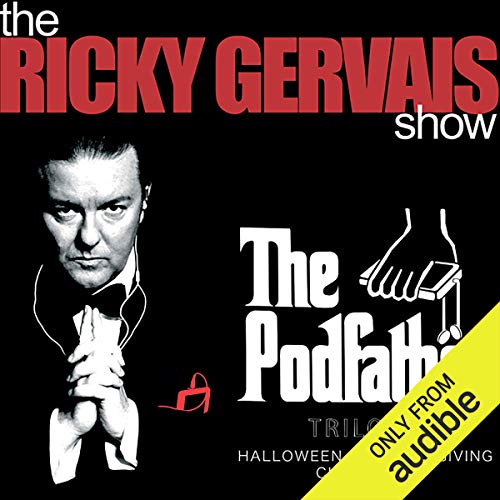 The Podfather Trilogy - Season Four of The Ricky Gervais Show

The Podfather Trilogy - Season Four of The Ricky Gervais Show

It's the complete second season of The Ricky Gervais Show - six episodes in one tidy package. It's packed full of all-new drivel, as Ricky and Steve Merchant forage through the long grass of Karl Pilkington's brain.

This is a free excerpt of Ricky Gervais Show: The Complete Fifth Season.

The Ricky Gervais Show on Xfm is where Ricky Gervais and Stephen Merchant first met Karl Pilkington. The trio have been talking drivel ever since....

It's the complete second season of The Ricky Gervais Show - six episodes in one tidy package. It's packed full of all-new drivel, as Ricky and Steve Merchant forage through the long grass of Karl Pilkington's brain.

This is a free excerpt of Ricky Gervais Show: The Complete Fifth Season.

The Ricky Gervais Show on Xfm is where Ricky Gervais and Stephen Merchant first met Karl Pilkington. The trio have been talking drivel ever since.... 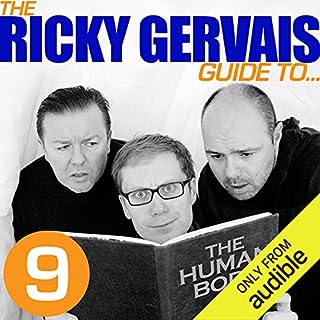 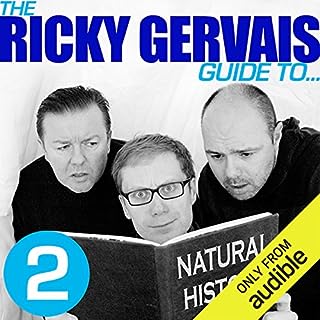 This is the second in a new series of definitive discourses exploring the diversity of human enterprise. As always, Ricky Gervais and Steve Merchant are joined by shaven simian, Karl Pilkington. In this episode, NATURAL HISTORY, we explore the awesome beauty inherent in the natural world. Drawing on observations by eminent biologists, from Thomas Huxley to Charles Darwin to Richard Dawkins, Ricky Steve and Karl offer their usual benighted summation. 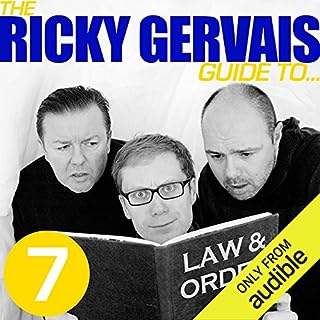 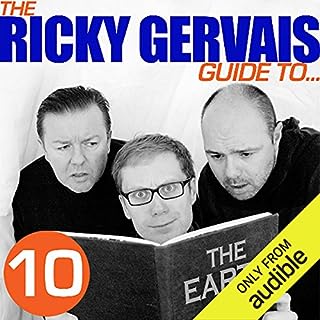 Join Ricky Gervais and Steve Merchant and Karl Pilkington for a final verbal jaunt around the world. In this episode… A preamble on Earthly nomenclature; Steve laments inclement weather; Karl does Genesis; A load of old Morlocks; Aunty Nora's insulated isolation fears; Karl talks shit; Industrial relations masterclass; Sofa salvage; Karl makes the bed; Karl up to his elbows; A dip with a dolphin; War on terrapins; Karl's new project; Karl and the Cairo khazi. 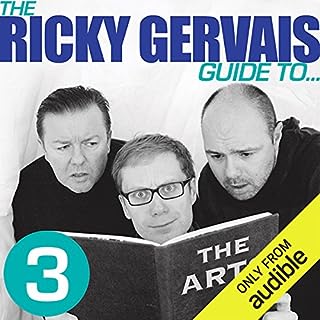 In this episode we ask the question, "What is art?"; Karl offers his thoughts on Hirst's oeuvre; Practical considerations regarding art in the home; Karl through the looking glass; Primeval paintings; Gratuitous graffiti; Sculptures in the Square; Karl on political works of art; Karl on film; Outsider art; Whistler's mother-in-law; Music - from Vaughan Williams to Whittaker; Shakespeare's plays on words; Harry the war poet. 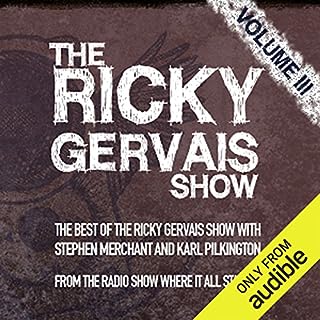 It's the third and final instalment of our best bits of the Ricky Gervais Show on Xfm. More drivel from the Ricky, Stephen, and Karl from the 3rd series.

Part I: Halloween
Ghostly drivel abounds as Steve consults an SMS-based oracle, Karl experiences a kidney probing, Steve visits Bristol, Karl becomes a Godfather, and Ricky tells of some lighter moments at the morgue. (Includes a CD-giveaway contest that has already expired - sorry!)

Part II: Thanksgiving
Karl is unfamiliar with the American public holiday mentioned in the show's title and launches a campaign for a calendar-free society. Ricky explains the origins of Thanksgiving, prompting him to ask Karl who might be a good choice for a present-day pilgrim father. Steve brings up the sterling work mice are carrying out in the name of medicine. Karl's hypochondria comes to the fore as he describes a recent visit to a leg-rubber who prescribes a toe-based soporific. More readings from Karl's diary; UFOs; the will to live; Madeira cake; Relative merits of gay and heterosexual men's pornographic magazines; Oxfam's extended product lines; and Karl is concerned about the shortage of new sounds. Plus there's a (now defunct, obviously) competition to win copies of Karl's book and the new CD box set.

Part III - Christmas
Karl reflects on the year past and singles out an unlikely highlight; Steve stocks up on yuletide essentials; Karl advocates an anarchic Christmas and complains about his domestic chores; Karl's diary draws to a close with revelations of bothersome footwear, cravat-luggage, not-so-current affairs, bees, beds, and worry-holes; and Ricky provides an emotional exit en route to the orphanage.

Although this season of Ricky Gervais' podcast doesn't QUITE meet the incredibly high standards previously set in previous editions, it's still solid gold.

So this is totally hilarious Karl is totally on point with this one... I love Ricky's reactions to Karl's stories... One of my favorite episodes lol

one of the best

enjoyed it. one if the best of the series. that's all I have to say about that.

This is my go to listen when I run out of new material. No matter how many time I listen to it I laught out loud. Carl is my hero.

Genius x 3... but audio could be better

I love the raw, spontaneous nature of their exchanges... and thanks to the animated HBO series, I could picture much of this in my head as well... but the audio needs balancing. Ricky's laugh is SO loud, and Karl's talking sometimes so mumbled, that it is difficult to find a good volume.

I still can't figure out if he's for real

Would you listen to The Podfather Trilogy - Season Four of The Ricky Gervais Show again? Why?

Not really, these are a one shot deal for me, a bit like when someone tells you a joke, it's not as good the second time.

Would you recommend The Podfather Trilogy - Season Four of The Ricky Gervais Show to your friends? Why or why not?

Yes and I do immediately after I listen

There are three of them, Ricky has a strange laugh, Karl is monotone ...I don't like Steve at all

THE KARL SHOW...with Ricky and steve

Wish I listened to these sooner

As with the previous ones, this season of the Ricky Gervais Show was funny, with lots of moments in which I couldn't help but wonder if Karl's dialogue is scripted. He is a psychological experiment in podcast form.

Karl Dilkington has a head like an effing orange.

Packs a punch despite length

One of the shortest series, but in my opinion, one of the funniest and most original yet. Fairly cheap so good value for money so stands its one as one of the best from all 5 series.

Absolutely love it, great as always.
Could listen to these three mumble on for hours!

The gang are their usual crazy selves with Karl stealing the show again. Great stuff!

More nonsense from the mind of Karl Pilkington..

What made the experience of listening to The Podfather Trilogy - Season Four of The Ricky Gervais Show the most enjoyable?

Having listened to the vast back catalogue of Ricky Gervais, Stephen Merchant and Karl Pilkington including their XFM shows and Guide To series, this was an obvious purchase.

What was one of the most memorable moments of The Podfather Trilogy - Season Four of The Ricky Gervais Show?

Honestly the interaction between the three friends is the main reason I keep coming back - that and listening to the zany yet often insightful nonsense that constantly spills out of Karl Pilkington's mouth is probably the highlight. That and Ricky's laugh.

I have to say all three - they work best when they riff off of each other.

The only downside was that it finished! Could have listened for hours. I will definitely be looking for the others in the series.

The trio at the incredible best. funny and worth every single penny to buy it.