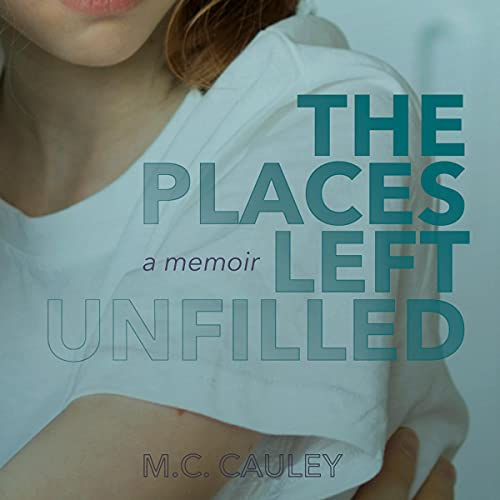 The Places Left Unfilled: A Memoir

Born to a single mother who would prefer she didn’t exist, Morgan has spent much of her young life in pursuit of one thing - a father. But when her close friendship with an older neighbor begins to attract suspicion, and connecting with her birth father isn’t at all how she imagined it would be, Morgan’s long-held hope begins to dwindle. That is, until, at the age of 14, Morgan meets Bill - her 45-year-old martial arts instructor.

At first a teacher and father figure who Morgan can confide in, Bill soon reveals that his interest in her isn’t entirely paternal. Despite her initial fear, Morgan craves the attention Bill is more than willing to lavish upon her, resulting in a several-months-long affair that will alter the course of both of their lives.

Spanning four years of Cauley’s adolescence, The Places Left Unfilled explores in harrowing detail the circumstances that may lead a child to find solace in their sexual abuse. Told with immediacy and remarkable candor, Cauley’s gripping narrative will stay with you long after you’ve finished listening.

What listeners say about The Places Left Unfilled: A Memoir

This is an unusual memoir in that it doesn't gloss over uncomfortable details nor does it bend to conventional thinking. It's straight forward and sincere.

And Margo Brialis adds real authenticity with her incredible performance. She voices characters distinctly and very appropriately. This is truly an unforgettable memoir.