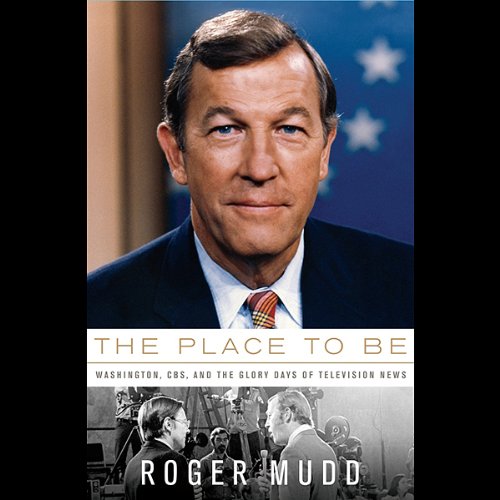 The Place to Be

The Place to Be

Roger Mudd joined CBS in 1961 and rose to fame as the congressional correspondent, covering the historic Senate filibuster debate over the 1964 Civil Rights Act. Mudd was there to see Dan Rather going toe-to-toe with the Nixon White House, Marvin Kalb deciphering the State Department, Daniel Schorr bird-dogging Watergate, Lesley Stahl and Connie Chung staking out all the president's men, George Herman presiding over Face the Nation, Bob Schieffer covering the Pentagon like a police reporter, and Eric Sevareid making what he called "small sounds in the night."The Place to Be is the story of both a unique news bureau - instrumental at the time in setting the agenda at home and abroad on issues like Vietnam, civil rights, and Watergate - and of one reporter's passion and commitment to the pursuit of news.
©2008 Roger Mudd (P)2008 Roger Mudd

"A classic of Washington journalism, a wry and probing memoir of a career that mattered when the news mattered." (Washington Post Book World)
"Brisk, brusque and surprisingly witty - a must for students of the peculiar marriage of politics and entertainment." (Kirkus)
"[I]t's unlikely anyone will surpass Roger Mudd's insightful, engrossing and candid account of what it was like when CBS dominated television news in the late 20th century." (The Hill)

No Doubt About It

Roger Mudd's The Place to Be...is a rare treat and an important contribution to the history of television journalism. Funny, profound, insightful and spoken with great finesse, this is a captivating story of Mudd's journey as well as the building of a television news network. It's also important in capturing the transition between radio and television journalism. Mudd's vivid writing style is an unbelievable treat.

Well written and narrated by that familiar voice..

If you are a newshound like me, you will enjoy this book. It talks about how the news was back in the early days.. and how it has changed to become what it is today. Great read by the man himself, Mr. Mudd.