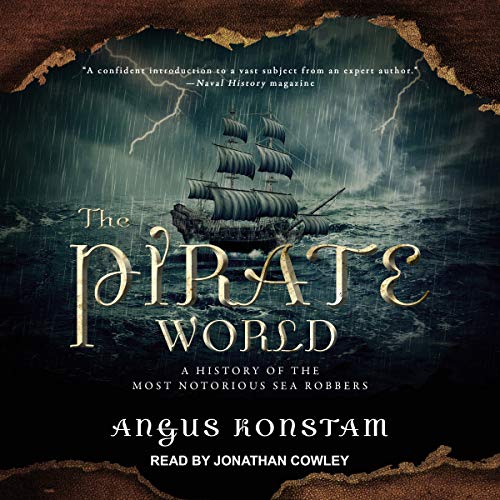 By: Angus Konstam
Narrated by: Jonathan Cowley
Try for $0.00

Often romanticized in print and on the silver screen, real-life pirates were a brutal menace that plagued the high seas. In this book, Angus Konstam separates myth from reality, tracing the history of piracy through the centuries, from the pirates who plagued the Ancient Egyptians to the Viking raids and on to the era of privateers. He discusses the so-called "Golden Age of Piracy" and colorful characters such as Blackbeard and Captain Kidd, before examining the West's initial encounters with Eastern pirates off the Chinese coast and the phenomenon of the modern pirate.

What listeners say about The Pirate World

Narration is so freaking bad

The book may be better than three but I couldn't get past how bad the narrator was. Our narrators should be better than high schoolers reading in front of the class. Returned.

I liked this book. I wouldn't say its my favorite but I did have fun listening to it.