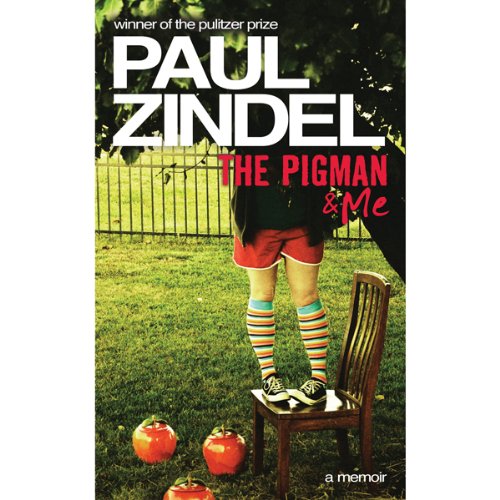 By: Paul Zindel
Narrated by: Jeff Woodman
Try for $0.00

The year Paul Zindel, his sister, Betty, and their mother lived in the town of Travis, Staten Island, New York, was the most important time of his teenage life. It was the year he and Jennifer Wolupopski were best friends. It was the year of the apple tree, the water-head baby, and Cemetery Hill. And it was the year he met Nonno Frankie Vivona, who became his Pigman.

Every word of his story is true. And The Pigman and Me has an added bonus--one crucial piece of information: the secret of life, according to the Pigman.

" The Pigman & Me allows readers a glimpse of Zindel's youth, gives them insight into some of his fictional characters, and provides many examples of universal experiences that will make them laugh and cry." ( School Library Journal)

What listeners say about The Pigman & Me

The final book in the Pigman trilogy The Pigman & Me is a must read. In this book you learn about how Paul Zindel grew up and first came up with the idea of the Pigman.

*writen by a child whom is not the owner of this account* This book was morbid discusting and amazing. I do not think 12 year olds should be required to read this for school this was very weird and amazing it was action packed yet grotesque it was beautiful yet disturbing, for every bad thing in it there was a good thing.