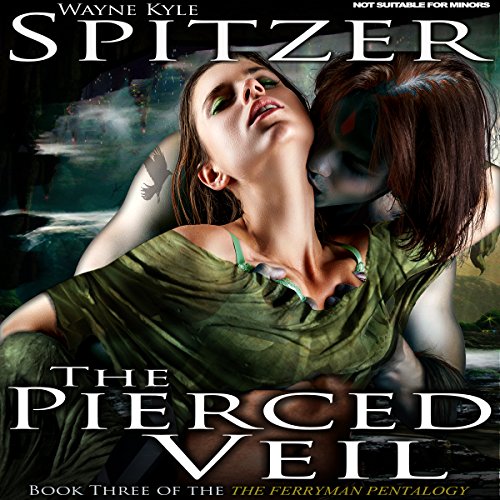 He picked up one of the fur coats and helped her into it, then stroked the hair next to her temple, laying his head slowly back against the pillows. He gazed up at the gondola's steel ferro (which loomed above them for the ship was right behind him and the flat-bottomed boat's prow rested well above the waterline), and said, "Take hold of my ship's ferro, Shekalane. And hold on tightly."

She looked at the great black and gold ferro, which pointed like a scimitar at the ceiling of the cavern, and its comb of seven tines, six pointing forward and one back, then back at Dravidian, whom she kissed before pushing herself up by her arms and, with the assistance of Dravidian's big hands on her waist, gripped the topmost tines, the forward of which was etched with the word "Jaskir" and the backward of which was etched "Novum Venum".

She looked down at him as he hiked her frayed dress up along her dirty thighs and realized she was breathing far too heavy and fast, and tried to calm herself by observing the grotto around them, the piled treasure, the phantasmagoria of mushrooms. But then his cheek grazed the inside of her thigh and he began kissing her leg softly, and she surrendered all pretense to being in any sort of control.

What listeners say about The Pierced Veil

This story has it all. Action ; mystery and love.
It brings two people together from a single glance to a hold that lasts. You get hooked from the first sentence and your listing wanting to know where this story will take you

I did not realize that I was starting this series on book 3. I felt like that I was missing some information that would have made the story more clear to me. The scene with the spiders and web gave me the creeps but that is because of my phobia.