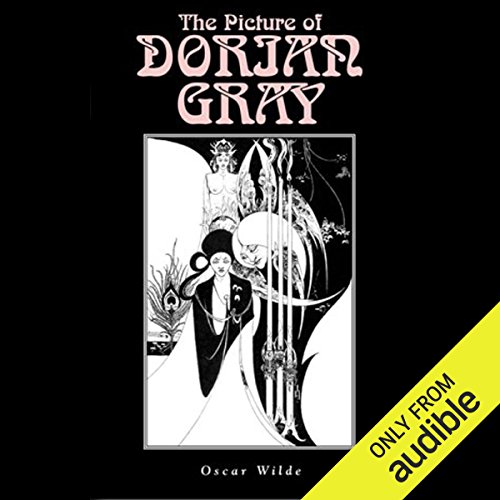 The Picture of Dorian Gray

By: Oscar Wilde
Narrated by: Peter Batchelor
Try for $0.00

A young man commits all types of sins, but only his portrait shows the ravages of his life. Oscar Wilde's Faustian classic. Gothic horror at its best.

What listeners say about The Picture of Dorian Gray

This book depicts much of what life is like today with the average narcissistic personality type. It's scary how current and ahead of his time the writer, Oscar Wilde was. I enjoyed this book and I'm certain it will be very good reading for others as well. Keep up the great work Audible!

As awesome as the classic movie, & then some!

The old gothic movie of the same name has always been one of my favorites...a creepy dark tale that was made from the book with a strange & unique plot. Both the movie & the book are unforgetable classics, & Oscar Wilde is a genius as an author of the macabre.

Disappointing narration of a classic.

The story as ever is a brilliant classic. Very gripping and entertaining. However the narrator was a poor choice. His character voices are at times hard to hear, nearly all sound the same, and make it hard to tell when a shift of speaker takes place. Read it yourself before listening to it here.

The premise for this story is so interesting. Oscar could have done so much with the character, unfortunately nothing happens in this story. Literature tells us every story should have a lead up, a climax, and then a resolution. There is really no climax in this story though, and the event that Oscar probably considered the climax is so dull, it feels like a continuation of a rather dull story. Most of this story is English people standing around talking about high pretenses, which ultimately mean nothing. The talk is not even proper debate or philosophizing about life, more soapboxing about the so called merits of one's passions. Honestly, read the wiki summary about the plotline, it will save you 8 hours, and leave you with the same "huh, that's an interesting premise" and none of the regret of wasting 8 hours of time.

What a Wilde read!

I read the book first about a while ago. It was a bit difficult as some parts of the book get very philosophical. I just listened to it again and it got a lot easier.

It was a crazy story. I don’t recall reading anything that’s even close. Dorian Gray is an example that lost his soul and ended up in self-destruction while pursuing vanity/senses/“beauty” endlessly. One sentence stirred me, “He was afraid of death however he was indifferent to life itself”. We should cherish the people and things in our life and actually LIVE our life in a way that’s worthwhile.

Oscar Wilde's only novel, "The Picture of Dorian Gray" is a Gothic character drama in which the protagonist makes a deal with the devil in his heart to keep this physical beauty while a painted portrait of himself absorbs the visual representations of his age and sins. The unfolding of Dorian Gray's corruption and the layers of changes seen in his portrait are done so well. This works as a narrative because it is relatively short, and solidly deserves its status among the ranks of classic literature.

Wilde once said that, "Basil Hallward is what I think I am: Lord Henry is what the world thinks of me: Dorian is what I would like to be--in other ages, perhaps". Basil Hallward is the artist who idolizes Dorian Gray as his muse, and the novel opens with Gray being painted by Hallward in his studio. Lord Henry is a libertarian aristocrat who is a friend of Hallward's that corrupts Gray's perspective with his flippant opinions of the world. Dorian Gray is only about eighteen at the beginning of the novel, but over the course of the narrative he spends years of his life indulging in all sorts of sensual pleasures, demonstrates cruelty towards others, and is indirectly responsible for leading many around him to ruin before he succumbs to fate by his own hand.

When "The Picture of Dorian Gray" was initially published, it was shorter and some of its more risque content was omitted without the author's knowledge. In subsequent editions, Wilde got his risque content printed by expanding other elements of the plot, such as Dorian's backstory and James Vane's revenge subplot, so Dorian's fall and ultimate demise is more prolonged and therefore more palatable to his contemporary readers. I think the additions Wilde made contribute significantly to the story, so I am glad versions we continue to study today have kept these changes intact.

In all honesty, I was slated to read this book in high school but didn't get around to it. I wish I had read it back then, but even more so, I am glad I read it at this point in my life. This is an excellently written piece of literature that deserves to be read and analyzed; it is still very much applicable to modern life and so is very relatable to what people are faced with everyday.

Lord Henry's lines are the best; he is absolutely ridiculous but his tongue-in-cheek digs at society and those around him are so funny. The narrator Peter Batchelor delivers his lines perfectly, and I found myself close to bursting out loud laughing more than once. It seemed like something Bilbo Baggins would appreciate; maybe it's a British humor thing.

Gender relations and Wilde's perspectives on women are NOT very savory here, but I let it slide because the stupid things said about women are perfect for the characters who say them. I do not remember this being so prevalent in Wilde's "The Importance of Being Earnest", for instance. There are definitely homosexual undertones in this work--which I loved--especially in how everyone loves Dorian for his good looks and every male character prefers homo-social company.

This is a great book, and I am so glad I read it! I seem to be a definite fan of Gothic literature. I also recommend to those interested in English literature, classic literature, 19th-Century literature, moral dramas, British society, and LGBTQ+ representation.

I'm not sure why I expected more of this book but I did. I expected it to be some sort of gay opus, I mean FFS the book landed Wilde in jail so I was expecting some juicy shit. the actual story tho is just a bunch of rich people being horrible to others.... which is apparently an ouvre in England at that time. it wasnt even Dangerous Liasons levels of the affluent being horrible to each other it was more the affluent ruin one boy who turns into a monster. and he was monstrous to everyone, then he dies, the end. I will say it was rather well written and the guy who narrated it was very good, I just disliked the story.

a lot of philosophy hidden here

I think it's age is what makes it a harder read, but the story overall is a great one with a lot to learn from. I do believe everyone should read this at one point or another. it makes one ask questions about he nature of feminism, homoeroticism, vainity, and so much more.

Good narration but the story itself does not hold up. The idea behind the novel is clever, but for me, it didn't have enough horror nor drama to keep me interested.

A classic for a reason

A great story, with the perfect ending. In many ways, this Audible version made the characters come to life more so for me than reading it did. This was particularly true of Henry (Harry) Wotton, whose character and philosophical musings were perfectly reflected in the narration. As others reviews have pointed out, some of the main characters sound like old men throughout the story, not the young men they are when we first meet them. I must admit that after hearing the three central characters speak, I was somewhat startled to later hear all of them referred to as “young men” (I’d read the book too long to recall that detail). Additionally, the voices used for the females are almost laughable when you first hear them. Despite those weaknesses, I definitely enjoyed the narration overall, as it was strong in the most important places. And the story and writing is wonderful.

I wanted to listen to a classic and wasn't disappointed. the narrator puts on different voices for the different characters so it is easier to follow

I so wanted to listen to this book, but the narration was truly awful. I don’t like to post negative things anywhere, but I had to stop listening to this. I tried reading the book instead, but the narrator’s awful characterisation came into my head and spoiled it.

I should've read this years ago; a great classic worth listening to. would recommend :)

There is no true horror than the horror humans create themselves. The Picture of Dorian Gray is a classic tale of hubris and vanity, and the sins that associate themselves with such. Oscar Wilde's maccabre style is fascinating for its time, and the idea that the painting is a representation of his Gray's own soul is intelligent. The only downside to this reading was the narrator who made hardly any differentiation between the voices, so at points made it difficult to follow the characters. His voice was also quite monotonous.

It was very exciting however there were some chapters that seemed to drag on and I got confused over who the narrator was speaking for as his tone didn't change unless it was for a girl.

Absolutely loved this novel - gothic at it's best. would recommend. narrated very well :)

the reader does a decent job of reading this classic, great price for the download

Enchanting, descriptive and thought provoking are just a few words to describe this masterpiece, would recommend to anyone interesting in the curious literature of the late 19th and early 20th century. Thank you

a bit muffled in places but love the story

The story could do with having maybe one more narrator, sometimes hard to listen to an old man impersonate a young woman