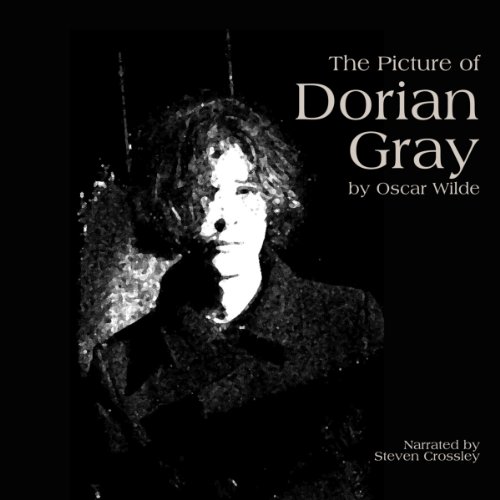 The Picture of Dorian Gray

A young man commits all types of sin, but only his portrait shows the ravages of his life. Oscar Wilde’s Faustian classic. Gothic horror at it's best.

What listeners say about The Picture of Dorian Gray

I can't get through this because the narrator is not very good. The narrator makes or breaks and audiobook, and he's just too distracting due to his lack of talent.

I'd have been more impressed when I was younger, but somehow this escaped me and I'd never read it. Of course, I knew basically what is was all about. Now it seems awfully contrived--interesting as a moral tale but not so much as a novel. What I liked best: the wonderfully witty dialog. What I like least: the narrator. He hadn't a clue how to pronounce anything English--names of people and places were wrong and the pacing was off too.

The book itself? Yes. Wilde is brilliant. He incorporates philosophical dimensions of hedonism, narcissism and egoism into a creepy gothic tale.

Not really relevant...the characters are multi-dimensional and interesting, but none are really likeable.

In every way. Sand sounds like an adolescent who barely comprehends the words that he speaks. He murmurs and drops sentences. His flat midwestern accent is ridiculous for this work, especially when he is portraying the group of Brits sitting around discussing Americans.

He pronounces the word "extraordinary" as "extra-ordinary." Over and over. He sounds like a disinterested junior high student forced to read aloud from a textbook. One of the most ironic moments of the audiobook is when he describes Sybil's dreadful performance in her acting: He describes the horror of listening to the character's flat, artificial dead tones in her portrayal of a Shakespearian character. Meanwhile, we have to listen to the artificial, dead, artless, heartless performance of this classic work.

Sand's narrarion is hard to understand. He drops his voice at the end of sentences, so that the listener can hardly hear them.. He barely seems to understand the words that he reads. All of the characters have the same voice. At times, it seems that Sand can barely get through the text. He has a disinterested, squeaky, adolescent voice that has no chance of doing this work justice

This classic work deserves much better than this performance. Do not buy this edition of the audiobook.

The narrator distracts horribly from Wilde’s work—can not pronounce any names correctly. Seriously. Who doesn’t know how to say Goethe!???

the contradictory human nature and the eternal aspirations of man for immortality, eternal beauty and glory

i had saw one movie already

I have always wanted to read this book

What was one of the most memorable moments of The Picture of Dorian Gray?

The way it ends

Which character – as performed by Alec Sand – was your favorite?

Enjoyed very much. Will listen to it again in the future.

I could not listen for more than 5 minutes to this wonderful book being blasphemed by an American accent. It totally ruined it for me. What an insult to Oscar Wilde, one of my favorites. Thank goodness I have the book in print because I cannot bear to listen to a British classic being read in a non-Brit accent. Horrifyingly disappointing. Do not make the same mistake.

This is a very thought provoking story with a very unique premise. I am sure books have been written on how to interpret this story. For me, it was an exercise in coming face to face with one's own reality. It is a morality on just how far a person who is apparently good and pure can sink. It is also an exercise on how someone can hope to change and do better. There comes a point, however, when there is no return. The more I think about this story, the more I like it. There have been times in my own life when I have not wanted to look at myself for what I really am. Maybe we all should have a Dorian Gray type painting of ourselves that we are forced to see every day that could help us judge the direction of our own lives, although it didn't much help Dorian.

The narrations was adequate, and, although it started out rather dull, seemed to improve as the book progressed.

Wilde's infamous novel about the life of Dorian Gray brings to the forefront of the mind the folly of vanity and the destructiveness of narcissism. Despite a bit of a dip in the middle and at times a fast paced audio, this audiobook brings alive the main characters and enabled me to experience for the first time why Wilde is a renowned as a legend of the written word.