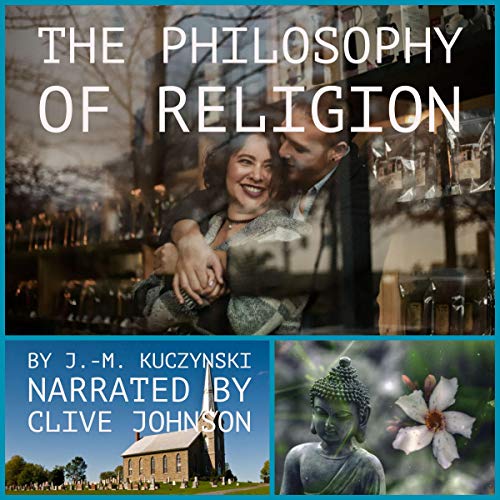 The Philosophy of Religion

The Philosophy of Religion

A number attempts to provide a rational basis for religious sentiment are clearly stated and carefully critiqued, most of them being shown to fail. At the same time, it is argued that the legitimacy of religious sentiment is in no way undermined by such failings, since any outlook whose legitimacy depends on the outcome of logical or empirical inquiry is for that very reason a non-religious outlook. And the reason for this is not that a religious outlook is a stubbornly irrational one. It is that the false historical and cosmological doctrines that religions require their followers to accept are mere foils. In believing, for lack of a better word, that Christ walked on water, one is accepting Christ's teachings; one is not actually accepting the obvious falsehood that some man walked on water. Unless one's acceptance of these teachings took the form of quasi-acceptance of obvious fictions, one's acceptance of them would be as fragile and as motivationally inert as any other reason-based belief. By the same token, because the falsehood in question is invariably of a patently infantile kind, one's acceptance of it represents an existential commitment on one's part to a certain way of life. These obvious truths are lost on philosophers of religion, given their tendency to take all statements literally and their consequent failure to give due to weight to unstated contextual information. In general, so the present work demonstrates, philosophers who have examined religion have succeeded only studying projections of their own brittle rationalism, which, it seems, merely cloaks an underlying desire to return to the very pieties these same philosophers claim to spurn. This is not to say that religious belief is not to be analyzed, but rather that it falls within the bailiwick not of the logician, but of the psychoanalyst.

yes, it was objective, in a way that other books on religion are not

What other book might you compare The Philosophy of Religion to and why?

i can't think of any; it's sui generis

What does Clive Johnson bring to the story that you wouldn’t experience if you just read the book?

He's obviously a great actor. He brings a kind of strength, a quiet discipline to it, underneath which there is pain and wisdom

a bit logic heavy on the whole; k's work is more engaging when he discusses human things than he is doing straight logic, which only goes so far.

the most incisive analysis of religion known to me

Where does The Philosophy of Religion rank among all the audiobooks you’ve listened to so far?

What other book might you compare The Philosophy of Religion to and why?

it was perfectly metered; calm but intense. focused but relaxed

a truly unique take on religion

Would you listen to The Philosophy of Religion again? Why?

yes, it was objective but took definite views. i had never heard anything like this before, it was analytical about something that people aren't usually analytical about

What was one of the most memorable moments of The Philosophy of Religion?

the opening lines, the british narrator was so..british! like that guy from the infinite commercials. dead pan, measured. super smart. i liked narrator so much that i bought his other books, two of which are about religion, and all of which, especially 'identity' by the same author, are good (actually, better).

Have you listened to any of Clive Johnson’s other performances before? How does this one compare?

my first exposure to him, but he's obviously a famous actor.

yes. i could not stop listening to it!

it was so cool! i'm a fundamentalist christian, and i still don't know if the author has the heard the Good News, but I still liked it.

a true philosopher of religion at long last

Would you listen to The Philosophy of Religion again? Why?

yes, because it is so rich in information

What other book might you compare The Philosophy of Religion to, and why?

maybe something by john macmurray, because it is analytical but non-prejudiced