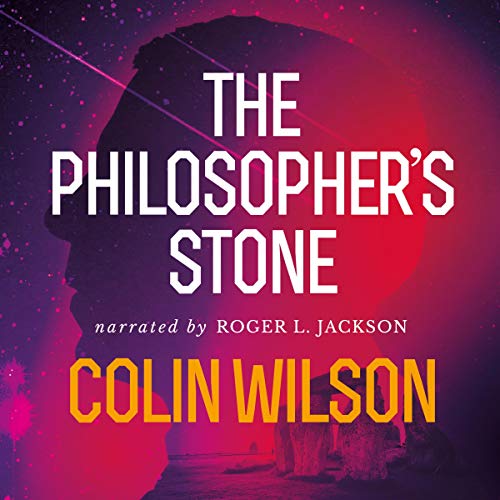 By: Colin Wilson
Narrated by: Roger L. Jackson
Try for $0.00

Howard Lester, a young scientist, becomes obsessed with the problem of death and begins a series of unconventional experiments aimed at increasing human longevity. In the course of their research, Lester and his friend Sir Henry Littleway make a startling discovery: A simple, harmless operation on the brain's prefrontal cortex results in vastly expanded consciousness and mental powers.

After undergoing the procedure themselves, Lester and Littleway develop remarkable abilities, including "time vision", a means of seeing backwards into time. They begin by looking at the relatively recent past - the 18th century and Shakespeare's England. But they soon find they can see much further back, to the days of Stonehenge and the Mayans, and even earlier.

But as they get closer to uncovering the beginnings of human existence, they make a terrifying discovery. Something ancient and immensely powerful, long asleep, has been awakened by their activities, and it is determined to stop them at all costs.

In The Strength to Dream (1962), Colin Wilson had criticized the works of H.P. Lovecraft, the American writer of weird tales, which led to Lovecraft's publisher August Derleth daring Wilson to write one better. This novel The Philosopher's Stone (1969) was the result of a fascinating blend of science fiction, horror, and philosophy, told within the framework of Lovecraft's mythos.

"Colin Wilson has a narrative style that can make the pursuit of any idea seem like exciting detective work." (The Times)

What listeners say about The Philosopher's Stone

I read both of Colin Wilson novels “the mind parasites” and “the philosopher stone” years ago. I remember liking them. Both use HP Lovecraft Cthulhu mythos as the basics of existential ruminations on the power of the mind.

In the past few weeks I listened to both of the audio novels. As I started “The Mind Parasites” I didn’t recognize the story at all. I kept wondering if I had purchased the wrong audiobook. Finally about midway through when Wilson finally introduced the Lovecraft element it felt more familiar. The idea of “great old one” that may destroy mankind. is chilling. But the ending suffers from the same problem as other Lovecraft stories - the narrator becomes so in awe of the horror of the old ones, he practically becomes a worshipper.

Another major problem is the depiction of women. In this novel women fair a little better than in “The Mind Parasites” but not much. There’s only one named female character and the narrator is most impressed with her position as a mother. The only other woman that I can remember is an airline stewardess that the narrator mentally undressed with his telepathy. Both these views are not very enlightened.

It's difficult to pigeonhole this book, other than a kind of blend of philosophy and science fiction. I first came across it in the 1970s, and so was delighted to find that despite the gap of several decades, the book was just as absorbing as I'd remembered. However, one warning to readers: political correctness was not high on the agenda when this book was published, and this is occasionally reflected in the writing. On the whole the narrator does an excellent job, apart from the odd distracting mispronunciation of perfectly ordinary words. .Am very pleased with this purchase.

This is one of the best of Wilson's Novels and has all the ingredients we associate with his 'Mysteries' genre. along with the 'Mind Parasites,' this book is part of the Lovecraft theme he took up at the suggestion of HP Lovecraft's publisher August Derleth. Both books are great and make engaging audio-books. I would be fascinated to see Wilson's 'The Occult' and 'Mysteries' being made into audiobooks, monumental works that deserve a new audience.

The narration is good by Roger L Jackson and not knowing who he was I thought he must be an old British actor, but in fact, he's American, 'Roger Labon Jackson is an American voice actor. He is known for his work by voicing Ghostface in the Scream film series, where E! ranked him as #46 on Best Kept Secrets of Hollywood.'